The police of St. Petersburg finally closed the largest brothel for pedophiles in the city. The owner of the brothel, pensioner Vadim Ilyukhanov, was known as Cobra. The man was nicknamed so during the 1990s because of his terrible eyesight: he was wearing glasses with thick lenses. 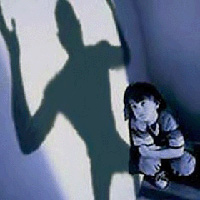 The pedophile was detained on a number of occasions, but he could not be arrested because there were no reports filed against him.