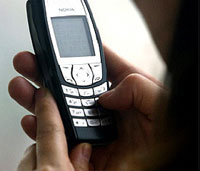 Anonymous individuals send text messages which reportedly cause a very strong headache for those who read the messages. The headache develops into a brain hemorrhage that leads to death. Several people in Egypt and in Saudi Arabia have been hospitalized with such symptoms, RIA Novosti reports.

The government of Egypt, including the Ministry for Healthcare, denied the rumors and said that such incidents had not been reported in Egypt.

“The rumors are absolutely groundless. They contradict to common sense,” an official of the ministry said.

Nevertheless, the Egyptian police filed an investigation into the mystery.