USA spends 33,000 dollars a year to take care of foreign inmates in US prisons

Russia denied the petition from a Russian national serving a 30-year sentence in a Minnesota prison to transfer him to a Russian penitentiary facility. Pyotr Shmelev wanted to spend his term in his native country, although Russian officials probably decided that the crime, which he had committed, was too serious to allow him to return to Russia. 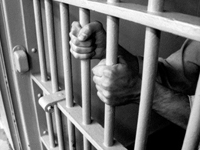 USA spends 33,000 dollars a year to take care of foreign inmates in US prisons

Pyotr Shmelev was convicted of murdering his wife in 2001. He has served seven years of his term in the Minnesota prison. He asked to be transferred to Russia and said that sending him away could save the state $32,800 a year, the Star Tribune reported Sunday.

"There is no assurance that the sentence imposed by a Minnesota court will be administered similarly in an offender's home country," said Corrections Commissioner Joan Fabian. "I support the community expectation that violent offenders or serious drug traffickers should serve their entire prison sentence in Minnesota before returning to freedom in their home country."

The Minneapolis newspaper reported Shmelev was just one of nearly two dozen foreign nationals in Minnesota prisons who have had their requests to be transferred to their homelands denied.

The State Department of Corrections Policy said that major case perpetrators should serve their terms in the state where they committed their crimes.

Most international treaties say that prison terms should not be changed for the perpetrators who get transferred from one country to another.

Today there are about 20 foreign inmates in Minnesota prisons who had their transfer petitions denied. However, more than 300 prisoners were allowed to be sent to their native countries.