On September 1, 2007, the whole of Russia marks the third anniversary of the terrorist act in Beslan, when terrorists took hundreds hostage in a local school. The hostage crisis ended with 331 deaths, more than a half of the killed were children. 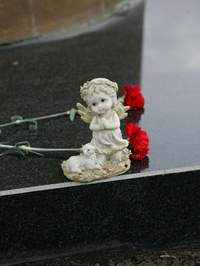 Vladimir Putin made an official statement today urging people not to forget the Beslan tragedy on the Day of Knowledge, or the start of the new school year, which Russia traditionally celebrates on September 1.

“In spite of the fact that it is a bright and festive day today, I think that we can not forget the tragedy which took place several years ago. We can not forget the children who will never go to school again. I am talking about the tragic events in Beslan. We must remember that today,” Putin stated Saturday at a meeting with schoolchildren and teachers of one of the school in Russia's city of Astrakhan.

According to the official information of the Office of the Prosecutor General of the Russian Federation, 331 people were killed or died later of wounds as a result of the Beslan hostage crisis, including 317 hostages, 186 of whom were children.

Nevertheless, Putin pointed out certain changes that have been happening in the educational system of Russia lately. “Life goes on no mater what happens in the country or in the whole world,” the president said.

September 1 has become the saddest day of the year for the people of Beslan – a small town in the republic of North Ossetia in Russia’s south. Today they started the ceremony visiting the ruins of the school where the crisis took place on September 1-3, 2004. Three years ago terrorists took over 1,000 people hostage demanding Russia should withdraw troops from Chechnya.

Funeral music could be heard playing today in Beslan to over 3,000 people mourning their loved ones. P ortraits of the victims were hung on the walls inside the gymnasium

Three years have passed since the Beslan massacre, but only one person – the sole surviving hostage-taker - has been punished for the terrible tragedy that took so many innocent lives.

Kozak vowed that any officials found criminally negligent would face trial, while Gryzlov said that ballistic experts would hold a simulation near Moscow of the firefight by the end of the year as part of the investigation.