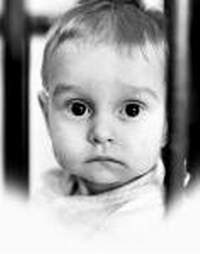 A 4-year-old girl disappeared several days ago in the city of Orenburg. According to local police, she was most likely kidnapped. The police cite some eye-witness accounts about a stranger approaching the child. The stranger is said to have given her a candy, took her by the hand, and led her away. According to statistics released by the Russian Interior Ministry, from 12 thousand to 16 thousand children disappear every year in Russia. The majority of them run away from their homes, a third of those children falls victim to kidnappers. Experts point out that kidnappings have become a trivial occurrence due to a lack of effective countermeasures on the part of law enforcers.

“There’s no rise whatsoever in the number of child kidnappings and infanticides committed this year,” said Vladimir Ovchinsky, an adviser to the chairman of the Russian Constitutional Court, a former chief of the Russian Bureau of Interpol. “The point is that the media recently started to direct a spotlight on to the phenomenon. I couldn’t say the same about the law-enforcement agencies, though,” Ovchinsky added.

Predictably enough, the authorities shift issues relating to children’s safety to their parents. According to experts, criminals use different ways for carrying off children for a variety of purposes. Certain precautionary steps can be taken in an attempt to ward off a potential tragedy.

For instance, residents of urban areas can often witness a situation involving an adult taking a child by the hand. The child is tears; he is apparently reluctant to go anywhere. Onlookers to the incident might reckon that the child is simply making a production to get some candy or chewing gum from his parents. However, it may as well be a case of kidnapping in progress. Repeat offenders and perverts frequently abduct a child by force or trickery.

“They carry off children by force. At times a kidnapping takes place right in front of eyewitnesses,” said Professor Mikhail Vinogradov, head of the Center for Legal and Psychiatric Aid in Emergency Situations. “Unfortunately, the common people in Russia normally pay no attention to such incidents. The case of the 5-year-old Polina Malkova from Krasnoyarsk is the latest example of this deplorable attitude. The girl was seen being carried off by force by a criminal in broad daylight on a busy city street. Nobody intervened; nobody tried to stop the ugly scene. According to Prof. Vinogradov, perverts make attractive offers to children to win their confidence. “Children agree to ‘take a walk’ with adults who promise to buy them sweets or show them a lovely cubby,” Prof. Vinogradov said.

Criminals would kill those children to get rid of evidence,” the source said.

Children are also kidnapped for the purpose of a ransom. Just a few of such kidnappings have a happy end. In 2004, a 13-year-old son of the well-known sci-fi writer Andrei Belyanin was abducted in Astrakhan. The boy was last seen leaving his school. The kidnappers telephoned the writer and demanded $100,000 in ransom for the life of his son. The perpetrators were eventually tracked down by the police. As it turned out, the boy’s classmate was involved in the crime. The teenage suspect was the one who had suggested kidnapping a member of the “wealthy” writer’s family. The suspect’s elder brother planned and committed the crime. Belyanin’s son was killed by the criminals shortly after the abduction.

Many residents of Russia’s major cities can see the kidnapped children on a daily basis. We are talking about teenage street beggars and infants carried around by the poor. “In April this year, Anastasia Bognanova’s baby was stolen at the Kazan Railroad Station in Moscow,” said a spokesman for the press service of Moscow railroad transport police department. “The woman said that she had met a girl called Aliona while in a waiting room. The new acquaintance requested Bogdanova to take her 9-month-old son in a baby carriage for a walk. And she was gone along with the child. The police managed to catch the kidnapper with the baby several days later in Novoslobodskaya metro station,” the spokesman said.

Experts believe that an increase in the number of kidnappings has to do with the decline of moral standards in the Russian society. “Not only the spiritual values that are Christian in nature but also the morals in general have been gradually eroding in this country,” said Professor Mikhail Kleimionov, a kidnapping researcher at the law department of Omsk State University. “The distribution and consumption of child porn materials have become a widely spread phenomenon in Russia. Besides, our society is showing more tolerance toward a number of sexual pathologies. Prison terms one can get if convicted for sexual crimes don’t look like a severe punishment, to put it mildly. A convict would serve from 4 to 10 years in jail. The situation creates a breeding ground for perverts, lunatics and the like,” Prof. Kleimionov added.

The police seem to be confident that the rescue of a drowning man is the drowning man’s own job, so to speak. “Do your best in looking after your children – that’s the best precaution,” said a spokesman for the Russian Interior Ministry. “Nobody’s going to kidnap a child who is properly looked after,” the spokesman added. Prof. Vinogradov shares the viewpoint. According to him, instilling some basic personal safety tips e.g. “never talk to strangers” in a child’s mind is the only preventive measure that works. “Children, especially the young children, are very easy to tempt and cheat. Therefore, don’t leave them unattended, watch them even though they’ve been repeatedly told to keep away from strangers,” Prof. Vinogradov said.