Only 19 percent of Russians like taking chances, poll says

An opinion poll conducted by Public Opinion Fund late July shows that only 19 percent of Russians (26 percent of men and 12 percent of women) are ready to admit that they like taking chances. The poll covered 44 regions of the Russian Federation. 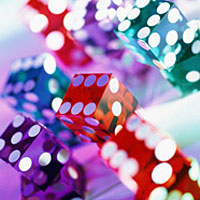 In the meantime, it would be wrong to assume that Russians do not have the spirit of venture, according to the fund. More than 40 percent of those who do not regard themselves adventurous people say that they took their chances on several occasions. About 43 percent of the polled never experienced the urge to embark on risky undertakings.

In most cases the adventurous ones are sorry for their character trait. Every third one of them admits that in some cases he was sorry for his predilection for taking chances while only 12 percent of those without the spirit of adventure are sorry for the lack of it.

The majority of the polled believe that the spirit of adventure can be beneficial in various fields of life. Every fifth respondent believes it is good taking chances at work, 16 percent mention professional sports and business activity as areas suitable for venturesome people. However, only three percent of the respondents believe that no one can benefit from taking a chance no matter what he does.

More than a half of the polled (52 percent) believe that general attitude to venturesome people in this country boils down to disapproval. Only 14 percent of the respondents take the opposing viewpoint on the subject.

Almost every grownup resident of this country knows what “games of chance” stand for. A tiny two percent of the respondents heard the above combination of words for the first time during the poll. A third of the Russian has some hands-on experience with games of chance while 63 percent say they never played any games of that sort.

Russians feel quite optimistic about the results of their gambling. The number of those who said that they lost more often than they won is only twice as greater as the number of frequent losers (12 to 6 percent). Some 15 percent of the respondents suggest they did not gamble their money away in the end.