Looking for similarities between Hollywood Dracula and historical prince Dracula

Vlad Dracula became one of the most popular characters of the world cinema. Hollywood stars played the notorious archetype of a vampire. But was the historical Dracula a vampire?

“Romanian literature became aware of the concept of 'vampire' only in 18th century, thanks to West European literature,” said Professor Bogdan Bodnaryuk, expert in Balkan history of the Middle Ages of the University of Chernovtsy. Mr. Bodnaryuk believes that Bram Stoker is responsible for “making” a vampire out of Vlad Dracula. 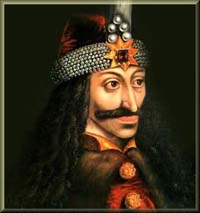 However, the personality of Vlad Dracula per se is quite remarkable, it does not need any embellishment by professional writers. Descendents of the Dracolecti family are still alive, they have never had a pale complexion or other “vampiric” conditions. The Wallachian prince Dracula was a short fellow, but he had a very strong build, a large aquiline nose, and a wild coiffure. He was reported to possess enormous physical strength. History chronicles indicate he was an exceptional rider and swordsman.

Not unlike other offspring of the vassals, Vlad was raised at the court of a Turkish sultan. In a way, the Turks held such children hostage to make sure that their parents do as they were told. Vlad II first ascended the throne of Wallachia with the help of the sultan who killed Vlad's father. The father was called Vlad Dracul, “dragon” in Romanian. The name is not shrouded in mystery by any means. Vlad Sr., joined the Catholic order of the Dragon hoping to get support for his fight against the Moslems. Vlad II got a nickname “the Impaler,” apparently for his favorite way of doing away with his enemies. As regards his signature, it looked very simple: “Vlad, the son of Vlad.”

All rulers of the 15th century were cruel and ruthless men. However, they tried not to flaunt their malfeasances too much. On the contrary, Vlad II used sophisticated executions as an “educational means” for his subjects, a tool for putting psychological pressure on his enemies. Vlad's penchant for maiming and killing people might as well be part of his twisted sense of humor. He undoubtedly learned the first lessons of cruelty during his younger years at the sultan's court. The Turks taught him how to drive a pale into a victim's body without causing maximum damage to the internal organs in order to prolong the suffering of a victim. Vlad II proved to be a quick learner who later polished up his skills.

There is a story about Dracula and the city poor. One day he asked the poor: “Do you really want to get rid of hunger and cold?” No doubt about it, the poor were keen to get food and shelter. They were taken to a castle with tables laden with sumptuous food and wine. Once the dinner started, Dracula ordered to bolt the doors from the outside and set the castle on fire. According to another version of the story, the poor were foreign spies in disguise. Vlad II always had lots of enemies, both within his principality and abroad. Wallachia was under the Greek Orthodox Church. Despite being sandwiched between a mighty Ottoman Empire and a Catholic Hungary, the small principality remained quite independent.

Vlad II was getting ready to take on the Turks from day one of his rule. The right moment finally came. Dracula stopped paying taxes imposed by the Turks. Then he pillaged and raided the northern areas of the Ottoman Empire. Sultan Murad II did not take him a serious threat at the beginning. The sultan sent a few thousand of his troops to Wallachia. The commanders had orders to capture and behead Dracula. His head was to have delivered to Istanbul. All the Turks were imprisoned and eventually impaled. Vlad II made good arrangements prior to the second invasion of the Turks. His mobile units surprised the enemy in the dead of night while laying ambushes at the river crossings and so on. 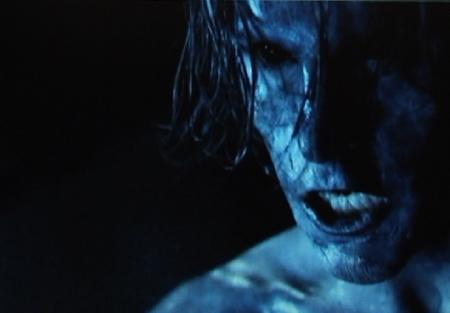 The sultan dispatched a third army 250,000 strong to put an end to Vlad the Impaler. The Turkish army was bigger than the whole population of Wallachia, women and children inclusive. Dracula had 40,000 soldiers. He kept his army away from large-scale fighting and used guerilla war tactics. Dracula and his old guard, dressed in Turkish uniforms, would normally raid the enemy camp at night torching tents and killing everybody in sight. His comrades and he would always escaped unhurt taking advantage of panic and commotion that usually followed their attacks.

Vlad II was finally defeated by the Turks during a fourth invasion of the Ottoman Empire against Wallachia. Everybody betrayed him in the end. All those mercenaries from Transylvania, Moldavians who failed to send reinforcements. Even his brother Radu joined the Turkish army. The Wallachian prince was captured by the Hungarian king Matias and thrown into a dungeon.

“It is obvious that Russian chroniclers show more benevolence to Dracula in their writings as opposed to documents penned by Germans or Turks,” said Profesor Bodnaryuk. Wallachia and Grand Duchy of Muscovy exchanged diplomatic missions that were largely composed of Orthodox priests. The Russian czar Ivan III was flattered to receive letters in Church Slavic penned personally by the Wallachian prince Vlad II. According to Russian diplomat Fedor Kuritsyn, Dracula spent many years in the dungeon. He reportedly refused to convert to Catholicism despite King Matias'  numerous offers which included freedom, reinstallation to power, and Matias' cousin as a bride. Vlad II was eventually set free by King Matias. The Russian chronicler suggested that Dracula had converted to Catholicism in return to his freedom. However, the latest studies show that Vlad II never betrayed his orthodoxy. King Matias released Dracula for practical reasons only. Dracula was an archenemy of Islam and Matias wanted to be the man who caught the hare while the other man beat the bush.

Dracula died one year later, on January 2nd, 1477. He was 46. Vlad the Impaler fell victim to his own disguise. After battling with the Turks one night, he was surrounded by his own soldiers who killed him because he was wearing a Turkish garment.

“The ruler of Wallachia became the most popular character of his time, many mysteries pertaining to his deeds and misdeeds are still unraveled,” said Stephan Puric, head of history department at one of the Romanian universities. He believes many people are deliberately putting a spin on the truth about Dracula. According to Mr. Puric, even some museums in Romania are packed with “vampiric” paraphernalia meant to please the hordes of tourists from the U.S. and Western Europe. Those tourists never read any history books but they saw some Hollywood movies about Dracula. Moreover, Satanists and members of other sects arrive in large numbers to pay homage to their “spiritual father.” In actuality, Dracula was an avid Christian Orthodox who built churches and monasteries. Turkish and German histories highlight Dracula's sinister traits, they tend to pour more mysticism into the story of his life. On the other hand, Romanian historians do a bit of whitewashing. Indeed, the ruler of a small country put up strong opposition to the Islamic military expansion on the outskirts of Christendom. The Romanian nation survived and maintained its Christian Orthodox belief mostly because of Vlad II. Meanwhile, the Romanians often play down his horrendous crimes.