Why did Yeltsin lie to Clinton about Putin?

Boris Yeltsin lied when he said that he had been looking for a successor in the person of Vladimir Putin for a long time, historian Andrei Fursov told Pravda.Ru. 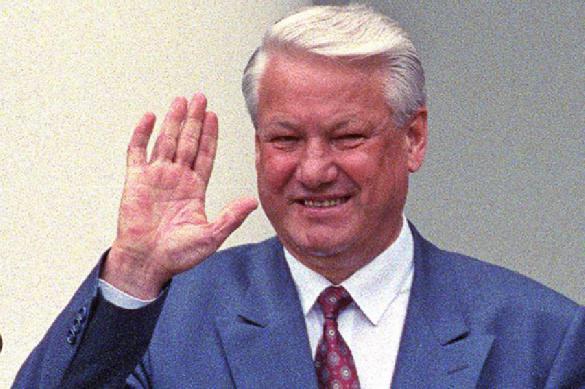 Declassified transcripts of Bill Clinton's phone conversations with Boris Yeltsin in 1999 show that the late Russian president says that it took him long to find the man who would be in charge of Russia in 2000. "I came across him eventually, this is Putin. You will work with him," Yeltsin told Clinton promising that Putin would continue his line of Russia's democratic development and expand Russias contacts.

Historian and political scientist Andrei Fursov noted in an interview with Pravda.Ru that Boris Yeltsin was reporting his decisions and ideas to Bill Clinton. "He informed his boss about his choice. It brings up the memory of Yeltsin's call to George H. Bush after the decision to disintegrate the Soviet Union. Bush was the first man whom Yeltsin called. Gorbachev was hurt by that. In another episode, Yeltsin tried to assure US Congress that communism would never be back on the Russian territory. This transcript is another evidence to prove the fact that Russia used to be a semi-colony during Yeltsin's presidency," the expert said.

"I think that Yeltsin lied when he said that he had been searching for a successor for a long time. From what I know about the events of the late 1990s, Yeltsin did not intend to quit his job, but there were several aspects that forced American masters to put pressure on him. First, there was a conspiracy in the army led by Rokhlin to remove Yeltsin from power. Rokhlin's murder ruined the plan, and people in Yeltsin's team realised that there was serious discontent brewing in the army.

"Secondly, not long before that, the parliament had nearly impeached Yeltsin. In addition, Russia suffered a default in 1998. Those three events drew the line under Yeltsin's rule, and he had to quickly search for a successor. Apparently, he counted on Stepashin at first, but then it turned out that the latter was ready to compromise with the Primakov-Luzhkov team, so a need in another candidate arose.

"Today, the Russian leadership should give a moral assessment to Yeltsin's rule. In today's Russia, many tend to despise Gorbachev a lot, but they dislike Yeltsin to a lesser degree. Yeltsin was a product of Gorbachev's rule. Yeltsin was working within the corridor of opportunities set by Gorbachev. Gorbachev is still alive, and the man who destroyed the USSR should be held accountable for that. At the same time, I understand that Putin does not want to criticise Yeltsin because it was Yeltsin who made Putin his successor," the expert told Pravda.Ru.