On February 1, the world marked 15 years since the Space Shuttle Columbia disaster. The shuttle literally fell apart in midair when returning to Earth; all seven members of the crew were killed. The shuttle crashed as a result of the disintegration of the outer heat shield layer on the left wing panel of the shuttle. 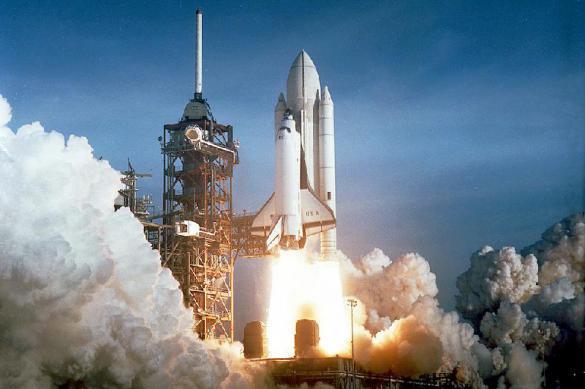 The shuttle had traveled into space 28 times, spent nearly 301 days in space, orbited the Earth 4,808 times and covered the total distance of 201.454,702 kilometers. For the last time, the shuttle blasted off into space on 16 January 2003. She was supposed to return to Earth in the morning of February 1.

The shuttle suffered minor damage during a few seconds after it took off from the launchpad. start. A piece of insulation came off the left fairing during the 82nd second of the flight. The piece struck the panel of the left wing of Columbia, but NASA disregarded the incident as they had happened before.

However, when the shuttle started descending and entered the dense atmosphere, the edge of the damaged wing began to overheat. A few minutes later, pieces of insulation started separating from the wing.

Mechanical systems and life support operator Jeff Kling identified a malfunction of four sensors of the hydraulic system in the left wing plane. After a couple of minutes, pressure sensors in the left rack of the landing gear failed as well.

The last message from Columbia was received at 8:59: "Roger, uh, bu ...", and the connection with the shuttle was lost.

The analysis of the data showed that the tragedy occurred on account of the piece of insulation that had damaged the flat panel. Scientists subsequently established that the insulation material could break through the panel. A large hole was created as a result of the impact, whereas superheated gases led to the destruction of the space shuttle.

The astronauts of Shuttle Columbia became the third crew to have been killed during NASA missions. The first of such tragedies occurred in 1967, when Apollo-1 spaceship exploded right on the launchpad. In 1986, Shuttle Challenger exploded during takeoff.

The United States declared four days of national mourning after the Columbia disaster. All space flights were suspended for the time of the investigation. Russia became entirely responsible for the efforts to deliver cargoes to the International Space Station.

According to the final report about the causes of the tragedy, NASA's negligence played a significant role in the disaster. US experts harshly criticized the work of the agency and said that NASA should have detected all the flaws in the construction of the shuttle before the flight and taken adequate measures to eliminate them.

According to a NASA report that was published a few years later, Columbia's astronauts were killed within a few seconds.

After the cockpit separated from the rest of the shuttle, the pressure drop inside it could either kill all the people on board or put them in an unconscious state. When the cockpit broke into pieces, their bodies fell to the ground from a height of more than 60 kilometers. The bodies got burnt when falling due to the friction force in the atmosphere.

The Space Transportation System program was discontinued in 2011 with Shuttle Discovery making the final space journey. Pieces of heat-insulating foam also came off the hull of Discovery during the take off, but they did not seriously damage the space vehicle.

Soon after the tragedy, Vladimir Putin, who served as President of Russia in 2003, sent a telegram to George W. Bush and expressed deep condolences in connection with the disaster. Putin said that Russia took the tragedy painfully, because the two countries were cooperating closely in the field of space exploration. Bush expressed his gratitude to Putin for words of compassion and support for the American nation.

Officials with the Russian Space Agency said after the disaster that the crash of the US shuttle would not affect further flights to the ISS. They acknowledged that the termination of the US space shuttle program would be the worst of all scenarios.

The myth about the ultimate predominance of American space technology was destroyed.

Was the USA ready to put the lives of seven astronauts at risk just to keep the illusion of its technological supremacy?