One child forced to marry every seven seconds

New York/Lilongwe-On the eve of International Day of the Girl Child, UN Women Goodwill Ambassador Emma Watson today visited Malawi to shine a global spotlight on the need to end child marriage. She met with traditional chiefs and girls who have returned to school after having marriages annulled. 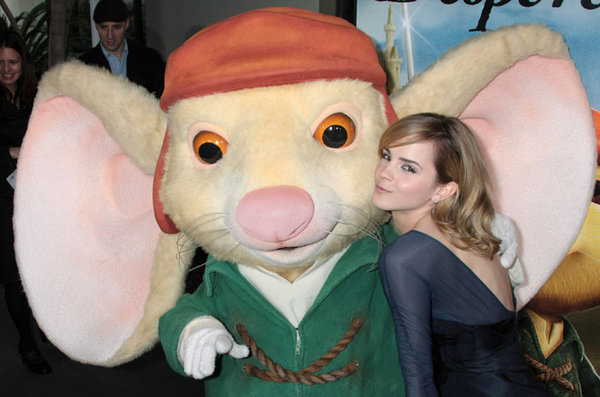 In 2015, Malawi passed the Marriage, Divorce and Family Relations Act, raising the minimum age of marriage to 18. UN Women, together with partners, played an integral role in advocating the new law and works with traditional chiefs to change local practices.

President of Malawi, Professor Arthur Peter Mutharika, a HeforShe Impact Champion, has set the ambitious goal to fully implement the new marriage law within five years and appointed a special task force to that end which directly reports to him.

"Spending the day in the beautiful country of Malawi has been a moving and inspiring experience for me. Meeting with young girls, who like many in their country, are struggling with poverty and were pressured into early marriage, depriving them of their education in the process, made me realize just how important it is for women to be able to make their own choices. It's so encouraging to see how such a harmful practice can be stopped when communities work together to pass laws, and then turn those laws into reality", said Emma Watson. "I applaud and thank our HeForShe Impact Champion President Mutharika for making this issue a priority in his Government, as well as all the traditional leaders-especially Chief Kachindamoto (so formidable, she has been nicknamed "The Terminator"!). She has implemented the annulment of so many child marriages and restored the futures of these girls. With the help and collaboration of her local chiefs, mothers' groups and religious leaders, she has managed to annul almost 1500 child marriages, sending the girls back to school. President Mutharika has committed to make child marriage a thing of the past in Malawi within the next five years. Because of bold and brave leadership like this things may start to change. It was amazing to be on the ground with UN Women to witness their work!"

Globally, one-third of girls in developing countries, excluding China, are married before the age of 18, denying them their childhood and their right to go to school. They are also exposed to other vulnerabilities such as physical and sexual abuse and early pregnancy, making them mothers before they are physically or emotionally ready. Malawi has one of the world's highest rates of child marriage. Half of girls are married before the age  of 18, many because their families are too poor to support them. Teen pregnancies contribute to 20-30 per cent of maternal deaths in the country, and the low share of girls, only about 45 per cent, remaining in school past the 8th grade.

No progress without investment

"Progress is not possible without investing in women and girls. They are our future and constitute half of any society's promise and resources," stated UN Women Country Representative Clara Anyangwe. "The Sustainable Development Goals won't be achieved without the contribution of women and girls. We want a Planet 50-50 by 2030 and we need to step it up for gender equality. This is why UN Women in Malawi has made ending child marriage a top priority for change."

Around the world, UN Women advocates for the adoption and implementation of laws and policies that prohibit and prevent child marriage. It also empowers girls to know their rights, and rallies communities to take a stand against the practice.

Emma Watson's visit provided her with a first-hand experience of the work that traditional leaders are doing in communities to end child marriage and bring girls back to school. The new law in Malawi took 12 years to pass, but now codifies practice. Customary marriages are regulated by traditional leaders. This is why UN Women has engaged with local chiefs.

In the district of Dedza, Watson met with Senior Chief Kachindamoto, a prominent champion in the fight to stop child marriage. The Chief has annulled nearly 1,500 such marriages among her constituents, and suspended village heads who have consented to the practice. Together with other traditional leaders, she has also developed a model bylaw that is aligned to the national law and applies to child marriages. It seeks to outlaw all child marriages, harmful cultural practices and gender-related abuses.

Chief Kachindamoto recalled how seeing 14-year-old girls who already had two children compelled her into action. Today, besides annulling marriages, she spends time speaking with girls about their rights and future, and persuades their parents to be supportive. "I try to convince them that if you educate your girl you will have everything in the future," she said.

At Mtakataka Secondary School, Watson heard from girls who have been freed from marriage and returned to school. Among them was Stella Kalilombe, who described being forced into early marriage at the age of 17 when she was pregnant. Her son is now four years old. Physical abuse by her husband prompted her to return to her parents' house. Encouraged by local mothers' groups, she returned to school. She is grateful for efforts by the local traditional chiefs and the mothers' groups to reduce discrimination against young mothers in schools, which can otherwise derail their attempts to continue education. Today, she is determined to finish school and  dreams of becoming a teacher herself: "I have always admired female teachers. That is who I would like to be!"