Guru Ji: An apostle of spirituality, peace and humanitarianism

There are trouble spots and there are trouble spots on earth. Certain trouble spots are deliberately created. Human beings have suffered immensely and still are. And then there is this quiet unassuming being with the demeanour of a child innocent. A force to reckon with in these areas of trouble, he has brought about certain peace, solace and much needed relief to these suffering from ravages of war, real or proxy.  Proxy as in Afghanistan or Iraq/Syria. Where many dread to tread, this quiet soft-spoken force with depths of spirituality embedded along with deep humanitarianism has made on these forlorn people. His name is Sri Sri Ravi Shankar the founder of Art of Living, more popularly known as Guru Ji. 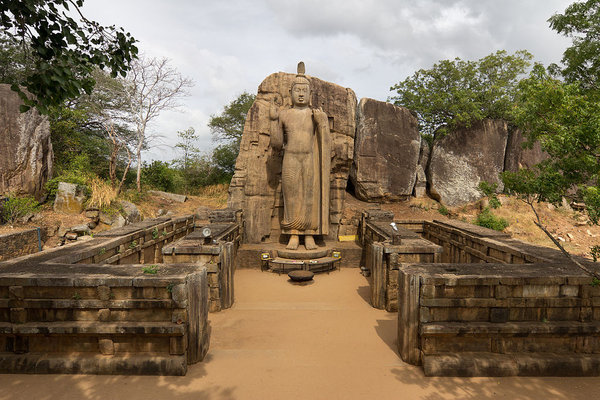 Not in any chronological order, the events at these and other countries have shown what goodness can do to a devastated population. To begin with let us travel to Afghanistan, a country lying in the northwest of India. A once thriving nation, a modern one by all means has seen much destruction at the hands of fanatical bands of Taliban, Al Qaida and occupying foreign troops. Mostly from the US. Needless to state and elaborate, as the news is well known, millions have died during the last two decades because of this intervention.

The tremendous impact of heroin

This external interference has left many uprooted from their homes. Many youngsters have taken to drugs that are freely available. Poppy cultivation has been on an all-time high. Heroin the most popular derivative from Poppy, has had a tremendous impact. Heroin has not only found its way into Europe and other parts of Asia, it has made deep inroads in Afghanistan itself.

Relief centres have been established by Art of Living to help the war-torn, thus giving solace to them with Guru ji personally making a visit to oversee the operations.

Down on the southern tip of India, lies the emerald isle of Sri Lanka. A very beautiful island, Sri Lanka too has witnessed and experienced much devastation and deaths for a few decades. Caught in the crossfire between the Lankan govt forces and LTTE, stand the beleaguered Tamil population. Many thousands have perished, 100s of villages have been wiped clean off the map. Children, women and the elderly have suffered the most. A constant flow of tears is the reality of this place.

Here too Guru ji has helped bring in much needed relief and tears of joy to this devastated population. Meditation and yoga centres have once again helped in bringing much needed peace.

Currently in Syria and Iraq, as the article is being written, devastation continues with dozens dying every day. The ISIS, a fanatical mercenary army comprising of terrorists from about 80 countries have ravaged Syria and parts of Iraq. The minority communities such as Christians and Yazidis have suffered the most. There are harrowing reports of young Yazidi women being raped, beheaded or taken as sex slaves. Thousands have suffered from this barbarism.  Guru ji flew here in 2015 to a place called Erbil in Iraq. There he met with Dr. Yousif Muhammed, President of the Kurdistani, Mawahib Al-Shibani,  Bayan Nouri, Iraqi Minister of Women, members of the Iraqi Parliament and others. Guru Ji visited Lalish to meet the Yazidis. Lalish also happens to be the holy site of Yazidis. Immediate rescue and relief was organized for Yazidis, especially the women folk. Needless to state, this great humanitarian gesture was deeply appreciated.

Finally the story of FARC and Colombia. As is well known, the civil war has gone on for decades, with tens of thousands perishing in the crossfire between government forces and the FARC rebels who were fighting for the cause of the oppressed. Many who died have been poor peasants, struggling and fleeing the devastations of this decades long civil war. FARC unknown to many, has been struggling to find a peaceful solution since 2012. Finally they approached Guru Ji for his intervention. In 2015, last year, Guru Ji travelled to Cuba where he met leaders of FARC and the Cuban leadership. Prior to this he had travelled to Colombia to meet Mr. Juan Santos to initiate the peace process.

After a hectic parley which lasted three days between Guru Ji and the leadership of FARC, the former departed Cuba. Less than a month later and on July 11, 2015 a historic ceasefire agreement was signed between the Colombian govt and the FARC rebels.  Thus one bloody chapter of Colombia ended, thanks mainly to the intervention of Guru Ji, Sri Sri Ravi Shankar.

Unknown to most, with the local and international media completely ignoring such grand and noble work by this great humanitarian, an article to expose his work seemed necessary.

At the end of this article, a question automatically arises. It is about the importance of the Nobel Peace Prize. This coveted prize has been awarded to some inglorious people, to such war-mongers as Henry Kissinger and Barack Obama. Hence the loss of its glory.

Now in 2016, if the once coveted prize is rightly awarded to Sri Sri Ravi Shankar for his immense good deeds in the international arena, the glory that once was attached to Nobel Peace Prize will be revived and it shall regain its lost glory.