A new study by UNESCO's Global Education Monitoring Report (GEM)* to be issued on 19 January proposes an economic model that would help reduce the cost of textbooks and increase their availability to students in schools around the world. 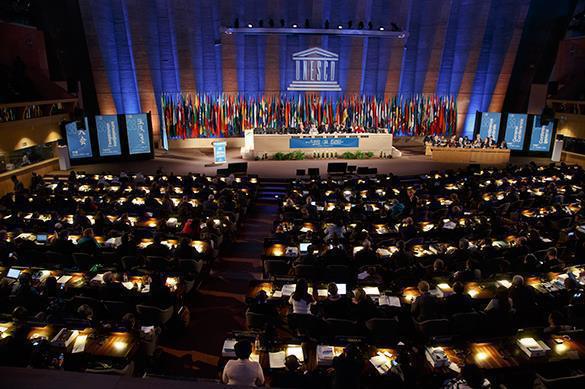 According to the paper, Every Child Should Have a Textbook, centralized financing mechanisms could allow for a US$3 reduction in the price of each textbook and save almost US$1 billion a year from the cost of learning materials in sub-Saharan Africa alone. Kenya, for example, could save $US64 million from its textbook bill, Malawi US$33 million.

The report argues that improved financial models could help triple the number of textbooks available for children worldwide, thereby improving educational achievements, particularly in poor countries hampered by the high cost of textbooks today. According to the study, providing textbooks to all students could increase literacy scores by 5-20%.

The business model presented in the report recommends that countries centralize textbook procurement and pool demand to facilitate long-term financing, and help increase their availability. A survey of primary schools in 11 developing countries (Argentina, Brazil, Chile, India, Malaysia, Paraguay, Peru, the Philippines, Sri Lanka, Tunisia, and Uruguay) shows that, on average, up to 20% of fourth grade pupils do not have any textbooks or have to share.  In Cameroon, there is only one reading textbook per 12 students and only one mathematics textbook per 14 students in second grade.

Aaron Benavot, Director of the GEM Report said "Next to a good teacher, well-designed textbooks in sufficient quantities are the most effective way to improve students' learning. This has been recognized by some countries - notably Swaziland, Guatemala and Nicaragua - but many others have yet to follow."

But governments are not investing enough in textbooks, according to data collected by UNESCO's Institute for Statistics (UIS). It shows that in 2012, 36 countries in all regions spent an average of less than 2% of their primary education budget on teaching and learning materials. Sixteen of those countries spend less than 1% and two (Kuwait and Malawi) spend more.

The GEM Report recommends the forthcoming Global Book Fund proposed by several donors increase external resources for textbooks by following models similar to those used by the Gavi Alliance in fighting disease, which includes matched private-donor funding. The report argues that this could increase external textbook funding in sub-Saharan Africa from US$549 million to US$785 million. The proposed model, could more than triple the number of textbooks available in the region, GEM Report says.

Overall, such an approach could triple the number of books available to children around the world.

Benavot continued: "Unpredictable funding, a lack of transparency and no demand forecasting are contributing to an inefficient textbook procurement system. Forcing families to pay for their children's' textbooks is unacceptable. We must learn from health, and set up a new system so that textbooks can move cheaply and effectively from a printing house to school and into the hands of children."

1.   Carry out effective demand forecasting. At country level this should be coordinated by the Global Partnership for Education and Local Education Group.

3.   Channel more resources for textbooks through one central Fund. Donors should at least double the current 11% of basic education aid being disbursed through GPE

4.   Incentivize increased domestic funding for textbooks. A Global Book Fund should ensure that external resources for textbooks are matched in commitments from governments.

6.   We need pooled demand for textbooks. Offers of pricing and volume guarantees should be given through advance market commitments, and be underpinned by sustainable financing from a range of public and private actors.

7.   Report on textbook spending in a transparent way. Better information will guide better spending. We need to know what is being spent on textbooks and teaching and learning materials by both governments and donors.

* Developed by an independent team and published by UNESCO, the General Global Education Monitoring Report is an authoritative reference that aims to inform, monitor, influence and sustain genuine commitment towards the fourth Sustainable Development Goal on Education and its corresponding targets. - It replaces UNESCO's EFA Global Monitoring Report (GMR).