The decay of the West at the dawn of European civilization

It is generally believed that Europe means civilization. Moreover, many people are convinced that Europeans have always been highly civilized individuals. However, history suggests otherwise. Lets' take the issue of hygiene. The Europeans have learned the culture of hygiene during the time of Crusades to the East. Noteworthy, the Romans were taking baths long before the arrival of alien barbarians. 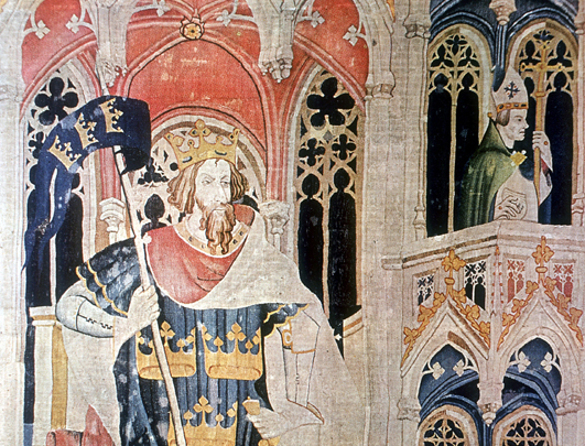 During the 1980s, a group of French, British and American scholars led by historians Philippe Ariès and Georges Duby authored a five-volume edition that embraced the entire history of the West from antiquity till the end of the XX century.

The second volume of the book "History of Private Life. Revelations of the Medieval World," the authors described the evolution of everyday life and social order compared to Antiquity and the early Middle Ages.

According to the book, the tradition to build a bath inside a palace was formed in the era of the High Middle Ages and continued in XI-XII centuries in Cluny monasteries, as well as in high society. During every public meal, a jar of water would be placed on table, where one could wash their hands.

In entertainment literature, one may often come across a story of a knight, who stops for a night in a hospitable house, and where landlady's daughters wash the brave knight with the help of straw fiber (bast) and a scrubbing brush. Afterwards, the girls would gently and carefully bandage his wounds.

The description of an act of washing can be found in stories about fairies, who enjoy bathing in springs. Taking a warm bath was also a compulsory prelude to love games.

As long as an act of washing stipulated nakedness, moralists treated the process suspiciously.  From their point of view, a bath was a source of all kinds of obscenities. The ritual of repentance of Burchard of Worms provides a detailed description of all sins that a man may commit if he takes a bath with a woman, the book reads.

As we can see, hygiene used to be considered sinful in ancient Europe. One can only imagine what ancient Europeans may have said about the Russians, who had a tradition of taking group baths.

In France, women would wear white nightshirts as they were taking a bath. There were strict rules of conduct established in public bath houses in Paris at the end of the XIII century. Nevertheless, public baths were still considered suspicious: it was preferable to take a bath at home.

Prohibitions lead to insolence. Here's an example: "The need to observe caution was most evident with respect to hair. Women's hair was considered a natural veil - a symbol of their innate inferiority and subordinate position. Therefore, women were obliged to take great care of their hair, whereas men doing the same would be publicly reproached.

Afterwards, the West has gone far with its "progress." The West became obsessed with the idea of​​global messianism and imposing flawed and materialistic worldview on the rest of the world.

There is nothing funny in the theory of the decay of the West that was developed by such European thinkers as Marx, Spengler and Toynbee. Just think about it: perfume was invented to ward off the smell of decay.