(New York, 18 September 2014) On the eve of the UN Secretary-General's Climate Summit, more than 130 women leaders will gather in New York to demonstrate their commitment to ambitious and gender-sensitive climate action. 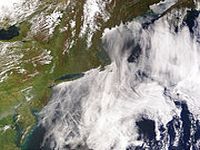 As world leaders gather in New York to focus on climate change, the particular needs and responses of women, in terms of climate policy, will be highlighted at an event hosted by UN Women Executive Director Phumzile Mlambo-Ngcuka and Mary Robinson, founder of the Mary Robinson Foundation - Climate Justice, titled "Leaders' Forum on Women Leading the Way: Raising Ambition for Climate Action".

Travelling from 54 nations, and urging concrete action, women leaders representing grass-roots and indigenous, young women and academics will sit down with former Heads of State and Government, policymakers, heads of civil society, international and private sector organizations to discuss robust climate action that is good for people and good for the planet.

President of Chile and founding Executive Director of UN Women Michelle Bachelet will deliver the keynote address at the event which will be attended by Her Majesty Queen Rania Al Abdullah, of the Hashemite Kingdom of Jordan; Nadine Heredia de Humala, First Lady of Peru; Graça Machel, member of The Elders; and seven former Heads of State or Government:

•    Mary Robinson, former President of Ireland  and member of The Elders

Echoing traditional learning circles, the participants will discuss ambition, participation and partnerships that can catalyse climate justice in a roundtable format.

Commenting on the diversity of the gathering, Ms. Robinson, said, "In climate change, we are facing the biggest challenge to human rights of the 21st century; this warrants an urgent transformation in leadership that is supported by all peoples in all nations. But we must ensure that when we design climate change policies they are fair and therefore consider the needs of the most vulnerable people. To do this, we have to engage those people who are most impacted by climate change; we must respect the right to participate in decision-making processes."

Climate change impacts everyone, but the poor and the marginalized, many of them women and girls, are the most impacted. For instance, women are often constrained in their response to sudden onset of hazards such as floods, cyclones, mudslides when they are not authorized to leave the house without a male companion and are expected to care for children and the elderly and ensure their safety first before their own. Similarly, women farmers are disproportionately affected by climate change because of their limited access to natural resources and to information and services about climate resilient and adaptive agricultural strategies and technologies.

Women leaders, however, are stepping up to the challenge. From all walks of life they are leading the way to a carbon-neutral and sustainable future for all. They are showing leadership on climate change action through leading global grass-roots movements to find common solutions to the climate crisis, promoting green investments, developing energy-efficient technology, managing small-scale irrigation projects, engaging in recycling and efficient waste management systems, and boosting efforts to increase awareness and mobilize mass action.

The women leaders at the event will carry the voices and concerns of the diverse participants to the official UN Climate Summit taking place the next day.

Panellists at the event: