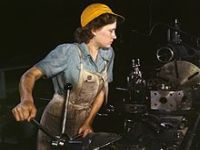 (Geneva) The International Telecommunication Union (ITU) and UN Women are partnering to launch a new global technology award that recognizes outstanding contributions from women and men in leveraging the potential of information and communication technologies (ICTs) to promote gender equality.

The annual GEM-TECH Awards will be conferred on seven winners from government, the private sector, academia and civil society at ITU's Plenipotentiary Conference, which will be held in Busan, Korea, from 20 October - 7 November. Winners will travel to Busan to accept their award and join a global celebration on 21 October promoting the power of ICTs to transform lives.

Online nominations are open until 11.59 p.m. CEST on 5 September, 2014 at www.itu.int/gem-tech-awards, with winners to be notified by 5 October. ITU encourages men and women working in the ICT sector to nominate their colleagues - or themselves - with the final seven winners to be selected by a committee of experts from ITU and UN Women.

The awards will be presented by ITU Secretary-General Mr. Hamadoun I. Touré and UN Women Executive Director Phumzile Mlambo-Ngcuka as part of a day-long programme of activities centered around gender issues.

The initiative comes in the wake of the disclosure of 'diversity' figures by major tech companies, including Google, Facebook, Yahoo and LinkedIn, which reveal that, across the board, the number of women in tech jobs is well under 20 per cent, with the percentage of women in leadership roles not much better - reflecting a global lack of women coming into the ICT field.

"ICTs are the most powerful tool we have ever had to make a difference to the lives of today's and tomorrow's women, and to build a more equitable world for all," said ITU Secretary-General Mr. Touré. "This new award will provide much-deserved global recognition for some of the many outstanding gender champions - both female and male - who are driving exciting, innovative and effective ICT and gender initiatives."

The 2015 GEM-TECH awards have been launched in the context of commemorations for the 20-year anniversary of the UN Beijing Platform for Action, which emphasized the importance of ICTs for women's empowerment and the achievement of gender equality.

The awards are one of the first results of a new Memorandum of Understanding (MoU) between ITU and UN Women that provides for increased cooperation between the two UN agencies in areas including improving women's access to, and engagement with, ICTs; enhancing women's involvement in ICT policy-making; and promoting the power of ICTs in future UN priority action areas, including the post-2015 framework for sustainable development.

"ICTs can and should be a game-changer for girls and women around the world, providing them with avenues for empowerment and for exercising their rights," said UN Women Executive Director Phumzile Mlambo-Ngcuka. "We must be deliberate in making this happen and these awards celebrate those that are leading this charge."

ITU is already active in the field of gender and technology, particularly through its global 'Girls in ICT Day' event, which takes place annually on the fourth Thursday in April, raising awareness of the advantages and opportunities offered by tech careers to a new generation of girls and young women. Prominent actor and advocate Geena Davis serves as ITU Special Envoy on Women and Girls in ICT.

ITU estimates a global skills shortfall of over two million ICT jobs in the coming 10 years. With digital technologies now pervading every business sector, girls and young women who learn coding, apps development and computer science will have a significant advantage over their non-tech-trained peers, regardless of the field they eventually choose to work in.  "Empowering girls and young women to fulfil their potential through ICTs will benefit not only young women and girls themselves, but entire societies and their economies," said Mr. Touré.

UN Women, the lead UN agency on gender equality and women's empowerment is pursuing ICTs as a critical cross-cutting issue across all areas of its work. In the tech field, results can already be seen in combatting violence against women through mobile apps that map unsafe spaces; providing improved access to employment, markets and financing through digital literacy and ICT skills development, information systems and online banking; promoting knowledge and training opportunities through the Knowledge Gateway on Women's Economic Empowerment; and increasing women's political participation and advocacy for through social media mobilization.

Find out more about ITU's Girls in ICT Day through stories, pictures and videos on the ITU Girls in ICT Portal.