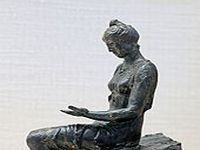 As the debate about a future global development agenda to succeed the Millennium Development Goals in 2015 gathers pace, there is broad agreement that gender equality and women's empowerment are crucial components. A growing body of robust evidence shows that countries that have achieved greater gender equality in employment and education also report higher rates of human development and economic growth, while women's empowerment is increasingly seen as central to reducing poverty and better public health outcomes.

Many proponents of gender equality seek to pursue this goal by promoting women's access to work and entrepreneurship opportunities, and increasing women's political participation. All too often, however, these initiatives overlook a fundamental structural cause of gender inequality: women's overwhelming responsibility for unpaid care work in homes and communities all over the world.

Unpaid care work is the cooking, cleaning and direct care of persons that keeps our societies and workforces running; in many developing countries it includes fetching water and fuel for domestic consumption. The time demands are enormous. In sub-Saharan Africa, for example, women and girls spend 40 billion hours a year collecting water, equivalent to a year's worth of labour by the entire workforce in France. Women's disproportionate responsibility for unpaid care work, and the persistent and powerful gender stereotypes that underpin this unequal distribution, represent a significant obstacle to achieving gender equality and women's rights, such as the right to decent suchwork, the right to education, the right to health and the right to participate in public life.

Unpaid care work is a major obstacle to women taking on paid employment or starting an income-generating activity outside the home. For example, a study in Latin America and the Caribbean showed that over half of women aged 20-24 do not seek work outside the home because they are performing unpaid care work. Moreover, women's participation in paid work is not in and of itself empowering if women are still bearing primary responsibility for work in the home, in effect working a 'second shift' after their paid workday ends.

Further, unpaid care work restricts women's opportunities for professional advancement, limits their pay level and increases the likelihood of women ending up in informal and insecure work. At the same time, the gender stereotypes that put the burden of care on women also negatively impact men, who experience social pressure to be 'the breadwinner', providing for their family financially rather than by caring for them more directly.

Girls' right to education is also at stake. In the most extreme cases, girls are pulled out of school to help with housework and to care for younger children and other family members. More often, girls' chances to achieve equally in education are constrained because their domestic responsibilities leave them less time than boys for studying, networking or extra-curricular activities. Without equal educational opportunities, women and girls are even less able to access well-paid, decent jobs that could enable them to escape poverty.

Ultimately, the unequal distribution of unpaid care work undermines poverty eradication efforts. Poor women cannot afford outside help or time-saving technologies such as grain- grinders and fuel-efficient stoves, and they often cannot rely on decent infrastructure such as piped water or electricity. Their unpaid care work is therefore particularly intense and difficult.

Time poverty also affects women's political and social empowerment - how can women be expected to attend community meetings or leadership training if there is no one else to care for their children or for sick and frail family members at home?

Care is a positive and irreplaceable social good, the backbone of all societies. Giving care can bring great rewards, fulfillment and satisfaction. Yet for millions of women around the world, poverty is their only reward for a lifetime of caregiving.

Unpaid care is the missing piece in debates about empowerment, women's rights and equality. Without concerted action to recognize, support and share unpaid care work, women living in poverty will be unable to enjoy their human rights and benefit equally from development. We must acknowledge that the costs of providing care are unequally borne, and that this distribution is far from benign, natural or inevitable.

Progress in this area requires long-term cultural change. However, development policy can make a major contribution by recognizing care as a social and collective responsibility and as an important human rights issue that is crucial for poverty reduction globally. States and development partners can take concrete action to reduce and redistribute women's care work by improving public services and infrastructure in disadvantaged areas, investing in affordable domestic technologies, and providing child benefits and childcare as well as incentives for men to provide more care.

It is time we stopped looking away from the women in the kitchen, by the bedside, and at the water well, and instead make the recognition, reduction and redistribution of unpaid care work central to our efforts to achieve equitable, sustainable development. The formulation of the new post-2015 development agenda is a good place to start.

21:11
Ukraine blows up ammonium nitrate to accuse Russia of chemical attack
19:35
German Leopard 2A4 heavy tanks spotted in Ukraine
18:42
Russian large landing ships disappear from naval base in Novorossiysk
17:46
Ukraine can skip Membership Action Plan on its way to NATO
17:34
Azovstal militants reveal how many days they can hold out
16:47
Russia and Ukraine reach agreement to evacuate wounded from Azovstal
16:12
Expert says why Kyiv was interested in nuclear weapon before Russian operation started
15:33
Putin at CSTO summit: Russia does not have any issues with Sweden or Finland
14:47
Renault Russia to start producing Moskvich cars
13:18
Bilateral trade between Russia and Finland collapses
Hotspots and Incidents
Ten Ukrainian military leave Azovstal, declare readiness to negotiate