Geneva - In June 2011, the United Nations (UN) launched the Guiding Principles on Business and Human Rights, warning that the private sector must respect human rights in their productive activities. But how, in practice, can these principles be carried out? This is one of the issues discussed at the Second UN Forum on Business and Human Rights , held in Geneva from December 2 to 4.

The meeting, however, must be marked by disagreements opened by non-governmental organizations (NGOs) from various countries who defend the human rights issue. When the principles were launched major global companies such as Coca - Cola and General Electric, welcomed the initiative, placing it as a new reference for their business. But for NGOs, rather than a code of conduct to be adhered to, the principles should be enforceable, including providing redress in cases of violations. 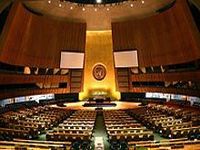 According to Gonzalo Berrón, the Transnational Institute (TNI), which participates in Geneva in a series of parallel civil society actions, it is common for companies to demonstrate willingness to cooperate with volunteers dialogues. The picture story changes when there is the possibility of mandatory binding processes.

"That's where they put pressure on national governments to avoid regulation," he says, with little hope that the principles actually become reality. To Berrón, Trans National Corporations (TNCs) "captured" the discussion at the UN and they must find other alternatives.

Also for Juana Kweitel, of the Brazilian NGO Conectas, business participation alone in the debate is not enough. "Otherwise it just turns into brand cleaning," she warns. As a sign of concern, she warns that transnationals such as Vale and Rio Tinto were among the financiers that will be at the reception offered to participants of the forum on the evening of Tuesday (3).

To follow the discussions on the topic in recent years, Conectas produced a series of analyses of the UN working group that operates in support to the formulation and improvement of human rights principles.

According to these reviews, there is a lack of transparency in data and publicity of the treatment that is given to dozens of complaints about transnationals that are brought to the attention of its members. "The focus of the complaints seem to be only instrumental," criticizes Conectas in one of its reports.

Treaty for the People
As an alternative to the Guiding Principles on Business and Human Rights, a group of dozens of NGOs and social movements - gathered at the Global Campaign to Dismantle the Corporate Power and the End of Impunity, launched in the People's Summit during Rio 20, in 2012 - discusses in Geneva the launch of a set of principles to be defined by civil society.

Called the International Treaty of the People (People's International Treaty), it provides, among other things, the extent of liability of a parent company for its subsidiaries and suppliers; tying companies to sovereignty of national states, and civil and criminal liability of directors enterprises, in case of violations. Also the idea of creating an international tribunal shall be provided in order to judge companies or states that give shelter to the transnational companies involved in irregularities.

With or without this treaty, NGOs intend to confirm here in Geneva that transnationals interested in human rights debates at the UN will do their best to derail the implementation of them - keeping them as voluntary. Thus, a company can advertise demonstrating their support for the principles, but not in fact follow through.
To strengthen the complaints, the activists plan a series of protests alongside the UN building with flags and banners. The idea is to go to the street to promote the critical view brought by civil society organizations - despite the cold zero degrees this late fall in Geneva.