Chestnuts, potatoes, turnips, new wine, Pannonia, a Roman tribune, Saint Martin of Tours, Armistice Day, Native Americans, bonfires, Veterans' Day, sharing, a cloak rent in two, a beggar revealing the face of Jesus Christ by the roadside, the first of the Festival of Light bringing communities together in Winter, let us examine what must be the world's greatest melting pot. 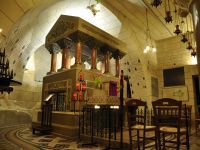 Saint Martin's Day, Veteran's Day, Armistice Day...traditions and lore on the eve of winter, Saint Martin's Day is perhaps the first in a series of festivities, festivals of light to bring rural communities together and regulate themselves during the darkness of winter, during the symbolic death of the agricultural year. Let us go deeper...

As for Veterans' Day, whose origin was in Armistice Day, the origin is in historical facts at the end of the First World War. By the end of 1918, with another cold winter approaching, the Revolutionary forces who had seized power in Berlin at the end of October, aware that the German armed forces on the western front were exhausted, called for peace and the eleventh hour of the eleventh day of the eleventh month was not only a graphically significant day to end the war but was perhaps the earliest opportunity by which to get the Compiègne Peace Treaty drawn up for signature. For some reason, 11/11 was chosen.

São Martinho has a special significance in Portugal, since on November 11, his Saint's Day, he is celebrated with a festivity in which wine and chestnuts are shared, a street party called Magusto. Erroneous versions of the origin of this man and the festivity abound and when we examine further, we see that the Festival of Saint Martin is neither Portuguese, nor is it confined to November 11, neither is Saint Martin of Tours French, nor is magusto a festive meal, but rather, a fire...an interesting example of how ancient lore can become customary law, gaining a completely new significance. Where to start?

At the time, white was the colour of death mainly in matriarchal societies in which the Moon was revered as the main deity (being feminine, a Goddess -  Lat. Luna) while the owl, a nocturnal figure, was used as a religious effigy to place on the dead. As the Sun supplanted the Moon as the main deity (Lat. Sol, Solis, masculine) in patriarchal societies, the colour of death changed to black and different forms of the cross, were used to bury alongside the corpse).

Saint Martin of Tours was actually born in Sabaria, Pannonia (modern Hungary), in 316 AD, the son of a Tribune and commander in the Roman army, into which Martin (Martinius) was forced at 15 years of age, being sent to Gaul (France). It should be said his father was worried about Martin's Christian studies and his adhesion to Christianity and saw in the army a way to Romanise his son. His interference had the opposite effect. On his way, possibly crossing the Alps, Martin, sitting astride a horse, saw a beggar by the roadside. Stopping, Martin cut his cloak in two with his sword, giving half to the beggar. That night Jesus Christ appeared to Martin in a dream, wearing the half of the cloak, thanking him for it. Whether or not the cold autumnal days turned into bright sunshine, this time of year (when there are habitually some days of sunshine in mid-November) is revered in Portugal and elsewhere as Saint Martin's Summer (Verão de São Martinho). Perhaps the symbolism comes from the warmth given to the beggar by the sharing of the cloak (See below, Indian Summer).

So the festival of São Martinho is another festivity which uses symbolic values to teach people, in this case bringing communities together in the darkest times of the year, sharing the fare they had at the time, creating events at which the communities could regulate themselves, cater for the hungry and treat the sick. And it should be pointed out that the date has a wider and vast context across Europe.

Other cultures attribute specific days to the phenomenon, coinciding with festivities based on local saints on dates spread between mid October to late November, a fact which brings us back towards the premise that all of these dates celebrate festivities whose purpose was basically the same: benchmarks along the year using simple symbology to help communities remain self-regulatory.