Communication lines performs the 6th Brazilian Film Festival in Russia: In partnership with the Embassy of Brazil in Russia, Lines takes Brazilian filmmaking to Moscow and St. Petersburg. This year the event takes place between the 9th and 15th of October, in the room 35mm, in Moscow, and has for the first time the support from Tramontina. 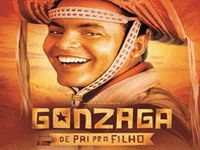 São Paulo, October 7, 2013 - For the sixth consecutive year, Communication Lines, in partnership with the Embassy of Brazil in Moscow and the Cultural Department of the Ministry of Foreign Affairs, performs the Brazilian Film Festival in Russia. This year the event takes place between the 9th and 15th of October, in the room 35mm, in Moscow, and has for the first time the support from Tramontina.

For the official opening of the festival, the film Gonzaga - from father to son, was chosen, director Breno Silveira. The film's protagonist, Chambinho do Acordeon , will be present at the session of the film that takes place on Sunday at 17h, and participates in a debate with the public. After Moscow, the city of St. Petersburg receives the festival for the third time from 17 to 20 October.

The Brazilian Film Festival in Moscow displays nine Brazilian productions, recently launched in the country. Besides Gonzaga - from father to son, the film that tells the story of one of the icons of Brazilian music, the king of Baião music, Luiz Gonzaga, the curators also selected winning films and comedies that filled the halls of theaters in Brazil.

The drama O Som ao Redor,  by the Pernambuco director Kleber Mendonça Filho, has participated in dozens of festivals around the world and was nominated by Brazil to compete for Best Foreign Film Oscar in 2014. The comedies Vendo ou Alugo, Até que a sorte nos separe and De pernas pro ar 2, are also on schedule , and also the dramas À beira do caminho and Paraísos artificiais. For the first time, the Brazilian Film Festival in Russia takes a Brazilian animation that gained international prominence with the Annecy Cristal Award, considered a major category in the world: Uma história de amor e fúria, by Luiz Bolognesi.

The project integrates efforts from the private and public sector and aims to disseminate the Brazilian culture in Russia, presenting contemporary film productions. "Brazilian cinema is going through a very heated moment. We have quantity and quality to bring to the world. Only in Moscow, there are over sixty films in those six years. The Russian public has always been very receptive. Proof of this is that the show is more than consolidated in the cultural calendar of Russian cities. The public has been waiting all year for news," says the curator of the Brazilian Film Festival in Russia, Fernanda Bulhões, partner of Communication Lines.

The opinion is shared by Igor Germano, in charge of the cultural embassy of Brazil in Moscow. "The quality and diversity of genres of contemporary Brazilian cinema already call attention around the world and here in Russia it could not be different. Our films are recognized and awarded internationally, and our major artists' and directors' flights also lifted high in recent years and became part of the main productions of world cinema. Success in Russia - which can be seen with the sixth consecutive edition of the show - is also proof of this recognition," he says.

One novelty in this edition is the exhibition of photos of Score magazine, Editora Abril , the leading sports publishing the country, which first appears in the pool and will occupy the main hall of the room 35 mm. We selected 20 photos of the history of over 40 years of the magazine, focusing on the hearts and passion for Brazilian football, plus some unusual images. Images are also part of meetings between the two countries and Brazil 's superstars who have consecrated themselves in Russian teams.

After the screenings of the films, as in previous editions, discussion sessions are scheduled between the audience and Brazilian artists. Personalities who have previously attended the event are those such as the directors Eduardo Coutinho, Villaça Luiz Henrique Goldman, Beto Brant and Sandra Kogut, actors Vinicius de Oliveira, André Abujamra and Dan Stulbach and actresses Bruna Lombardi, Denise Fraga and Leticia Sabatella. Last year, Andrew Ristum, director of Meu País , and actress and singer Stephanie de Jongh attended the show and visited Russia for the first time.