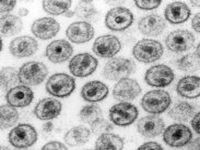 (Kingston, 30 July) Today, at a two day international forum, representatives of governments, NGOs, networks of women living with HIV and the United Nations will come together at a global consultation on effective national responses to the HIV and AIDS pandemic.

Co-hosted by the Government of Jamaica and UN Women, the meeting will be the culmination of the European Commission-UN Women global programme Supporting Gender Equality in the Context of HIV/AIDS, implemented in five countries, namely Cambodia, Jamaica, Kenya, Papua New Guinea and Rwanda. Over the course of four years, the programme sought to strengthen national commitment and action for integrating gender equality and human rights into the HIV response, while simultaneously advancing the leadership and participation of women living with HIV and their networks within that response.

"The gender mainstreaming efforts undertaken by this project through integration into our 2012-2017 National Strategic Plan for HIV indicates our high level of commitment to strengthen gender responsiveness of our HIV prevention, treatment, care and support programmes. Gender mainstreaming remains critical to guaranteeing women and men equitable access to programmes, but it is important that we recognize disproportionate impact of the epidemic on our women and girls and the barriers to their access to services" said Dr. Fenton Ferguson, Minister of Health in Jamaica, the only Caribbean country selected for this land-mark programme.

For the last decade, international consensus has emerged on the urgent need to ensure gender equality and the engagement of women's leadership and participation for an effective national and global HIV response. Yet, budgetary allocations and policies have lagged behind. Against this backdrop, the European Commission-UN Women programme was designed to influence and shape a more gender-responsive and inclusive national HIV response, focusing on building the capacities of networks of women living with HIV and national AIDS coordinating authorities and facilitating the development of common priorities on gender equality and their implementation.

"This programme has been a breakthrough, and has the potential to catapult the global response to more effectively address the priorities of women and girls most affected by the epidemic, who largely remain on the margins of agenda-setting. These women lack access to policy and decision-making spaces in the national and global architecture of the HIV response. The concrete results of the programme have demonstrated that a more effective response requires the inclusive engagement of women and girls living with or affected by HIV and AIDS," said Ms. Lakshmi Puri, Acting Head of UN Women. "Including and integrating gender equality and women's empowerment in prevention, protection, care, treatment and support is essential to getting to zero new HIV infections, zero discrimination, and zero AIDS-related death" she added.

Bringing together implementing partners and experts, the meeting will be an opportunity to highlight the best practices and results of the programme which include:

•    Increased political commitment for gender equality in the HIV and AIDS response as demonstrated by the unified Declaration of Commitment to Eliminate Stigma, Discrimination and Gender Inequality affecting Jamaica's HIV/AIDS Response (2011); and the creation of the National Committee for Gender and HIV and AIDS in Cambodia, helmed by the National AIDS Authority, with representation of networks of women living with HIV, and other partners for a more coordinated and inclusive HIV response.