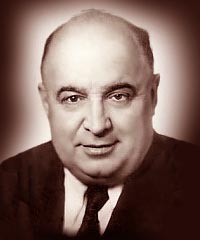 Once upon a time... there was a director who fulfilled all my dreams: beautiful images and scripts, cheerful philosophy and clairvoyance, wonderful actors and an enlightenment defending the soul against Walt Disney; a director who, forty years prior to Shrek, could too smartly recycle the fairy tales and denounce all the crafty manipulations of the children's minds. This director was soviet, his name was Alexander Rou and he directed all his movies during the golden age of soviet cinema. But that needs a brief foreword.

Our knowledge of history of cinema is biased; for we have forgotten that there is more than a nation in the world, and that at its peak-time cinema was involving tenths of national industries in the world, the first one in quality being the soviet. But today we just remember of that era only a few names, mainly from the silent movie period: Potemkin, October, Arsenal... It's a pity. The lack of memory is killing our minds. This is why we must force ourselves to rediscover our culture.

But who's Alexander Rou? Well, the mystery starts here; for Rou was neither Russian nor Ukrainian. He came from different background but was raised a soviet and a brilliant one. Rou's father was an Irish engineer who had come to work and prosper in Russia. He settled there, married a Greek beauty and his son became simply one of the best soviet directors, and maybe the greatest children's movies director in the story.

At the time of the great patriotic war, the soviet film industry was already drawing its inspiration in a deep past, with faith and folkloric animus. Despite official atheism, there were for instance crosses and churches everywhere in many soviet movies. And we must remind this fact when in a capitalist era we deny this inspiration or we just mix, caricature and recycle it, like Disney's studios who entertain vulgarly the same crowd everywhere.

I discover Rou's movies thanks to my mother-in-law, Elena, who sends us from Ukraine a good number of DVDs! I can so recommend to my readers the following masterworks. I hope you will be able to watch them on Youtube or to find their traces elsewhere on the web.

At first, Evening on a farm near Dikanka, inspired by Gogol. A charming Christmas folkloric story, which allows us to rediscover the Ukrainian genius, his spirit of satire, peaceful peasants' life, charming characters and a wonderful and kind demon played by George Millar, a legendary actor of French origin... Millar plays in almost all Rou's films. He is phenomenal playing the joker in a Perrault adaptation of the booted Tomcat.

Rou was very attached to Russian and Slavic genius, fairy tales (skaska) and legends (bylina). His wooden villages are adorable, and he recreates a typical Mir close to Tolkien Middle-earth; Russian land is thus full of dragons, gnomes, dwarves or wizards, as in his beautiful Vassilissa where the hero faces a giant spider (think of Frodo, who comes later!) then an enormous dragon (think of...Siegfried!).

Then I would recommend the kingdom of crooked mirrors, shot in the sixties, a beautiful fable which deals with deceit and forgery. This masterwork is sometimes accused of being anti-capitalistic! How dare he? In fact the movie denounces violently the modern fabrication of the fake. We have not yet finished on this matter... The kingdom of crooked mirrors, where everything is controlled by machines, illusions and wire-pullers, deals shrewdly with the now famous "mind-control" agenda of neo-liberal societies.

I have a special thing too for Jack Frost, directed in 1967, and which deals with an enchanted peasant transformed into a bear and who fights to conquer back his beauty and his fiancée's love. The celebration of Slavic blond beauty is omnipresent in Rou's movies: see for instance Vassilissa the beautiful, which describes a wonderful and metaphysical quest: a young girl turned into a frog by a curse loses her old skin and is such condemned to a terrible fate...

Kaschey, then: this time the fair and dynamic beauty resists the dark satanic Nazism in the forties, when the hordes of panzers devastate the most beautiful meadows of the world. This wonderful movie prepares such children to a heroic and dreadful war against a Satan unfortunately present on earth with his Barbarossa operation...

Rou is a great director in all meanings. For instance he directs an amazing Cinderella adapted from Prokofiev's ballet; maybe the best ballet-movie ever shot, only comparable to Powell's red shoes. He is a champion too in finding the best locations, casts and crews: watch his Tomcat with boots shot in Crimea. The craft is always perfect, the set both dynamic and aesthetic. Remembering he was an engineer's child, Rou perfectly controls special effects, so important when it comes to children's movies. Yet the story, with its metaphors and symbolisms for the people, remains the most important matter to him.

Rou was pillaged by western directors whose names I won't utter, because he illustrated soviet revolutionary yet traditional intentions. As he is forgotten today, in a movies' world controlled by the gloomy agenda of men in black, monstrous aliens, zombies and vampires, I cannot but recommend discovering or rediscovering his fantasy.

Why watching these movies? At first, as I noticed, they are joyful and non perverse, being the opposite of today's children's culture. Then, unwillingly maybe (unwillingly?), Rou deals in his movies with all the symbols running the roaring Illuminati agenda: mirrors, mazes, jails, chessboards, colours, spiders' webs, crabs, submarine kingdoms, Masonic lodges, red mushrooms, playing cards and houses of cards, all traps for children's minds. His cinema tries implicitly to free the minds of the kids trapped nowadays by different poisons in our global village: sweets, foods, technology and floods of images with so many subliminal meanings. This is why it is very important to rediscover this cinema: in order to help the kids to challenge the matrix. Thanks to Rou, the children of the world can unite and free themselves from the dark of Moria.