The process of economic liberalization in Cuba will be maintained in a "constant," said Cuban President Raul Castro. In recent months, the government authorized the performance of some professionals, buying real estate and automobiles, as well as opening opportunities for Cubans to travel abroad. Castro's statement came during the closing of the legislative year of the National Assembly. 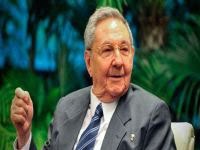 For the first quarter of 2013, Castro said he will begin experiments with government agencies to encourage the business system. According to him, they will be stimulated to produce more modern techniques and services, allowing more autonomy to increase performance and efficiency. The president also said that the private sector will gain more permit and license stimuli mainly to restaurants, but he did not elaborate.

Castro said the first initiatives involving the end of prohibitions and obstacles represent the first step towards the development of productive forces. According to him, the next stage is the implementation of "broader issues of complexity and depth."

"We start from the premise that everything we do is aimed at preservation and development of a sustainable and prosperous socialist Cuba, the only guarantee of independence and national sovereignty," the president said, noting that the goal is to stimulate the creation of experimental agricultural cooperatives and seeking to overcome the "dual currency" that is in the country - living with two different currencies to trade.

Castro reiterated that it he is open to "respectful dialogue" with the U.S. government, considering some points, such as sovereignty and equality. For over 50 years, Cuba has lived under economic embargo imposed by the United States, which limits Cuban trade and economy. In his speech, the president said a "growing majority" of American society and Cuban immigrants oppose the embargo.

The President recalled that Cuba will assume the Presidency of the Community of Latin American and Caribbean States (CELAC), in 2013. According to him, it is "an honor and great responsibility." Castro praised the Colombian government's efforts to achieve peace in the region through negotiations with the Revolutionary Armed Forces of Colombia (FARC).