The importance of UN Women 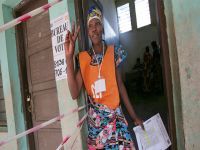 "I am delighted that a group of outstanding international women's rights advocates and experts on gender issues have agreed to serve on my Global Civil Society Advisory Group. They will play an important consulting role, and provide strategic perspectives on advocacy on gender equality and women's empowerment and on UN Women's thematic priorities," said Ms. Bachelet. "They will also help strengthen UN Women's engagement and partnerships with civil society at all levels. I look forward to working together towards our common goals," she added.

The establishment of UN Women Civil Society Advisory Groups at the global, regional and national levels was announced earlier this year at the 56th session of the Commission on the Status of Women. The Global Group appointed by the Executive Director is based on wide consultation with civil society networks and nominations from civil society organizations.

All members have proven track records of work in areas related to gender equality and women's empowerment, and bring diverse experience and expertise to the group. Members include grassroots, rural and community-based leaders, leaders of indigenous people's groups, feminist scholars, human rights lawyers, and male leaders working on gender and women's rights issues. The main objective of this Group is dialogue and engagement to advance global goals of gender equality and women's empowerment. The Group serves as a consultative forum for UN Women.

The first meeting of the Global Civil Society Advisory Group will be convened at the time of the 67th session of the General Assembly in September, when members will be able to provide important inputs into the work of UN Women, including on partnerships and the post-2015 development agenda.
National and regional civil society advisory groups are also currently being set up by UN Women regional and country offices, and a dedicated global website will be established for information sharing between the civil society groups and UN Women.