Qaisra Shahraz was born in Pakistan and grew up in England. She studied English and Classical Civilisaton at the University of Manchester, later gaining a Masters degree in English and European Literature. She has written plays for the radio and theatre, also scripting for the television at the same time. Her drama series Dil Hee To Hai has been televised on the Pakistan television. Her prize winning short stories and magazines have been published widely. 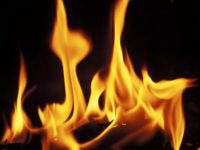 She works as a lecturer, examiner and a college Inspector. She resides in Manchester with her husband and three sons. Her novels The Holy Woman and Typhoon, have been well received and greatly appreciated. The Holy Woman has been widely translated , and Typhoon is currently under translation into  the Hindi. She is now working on her third novel. An interview with Dr. Sheba Rakesh.

1) How would Qaisra Shahraz define herself for her readers?

I would define myself as a mother before anything else. The role of motherhood is both fulfilling and of supreme importance to me. I love my 3 sons, and these days am craving to spend as much time with them as possible as we don't seem to get enough time together. When the younger two, both of them students, return home from other cities where they study, I love cooking their favourite dishes and feeding them. I am also a lover of literature; I love reading books, but am not getting enough time to do so. Of course I write myself; novels, short stories and scripts for TV. As a writer I have two aims. One, to reach out to my readers, no matter where they are in the world and to provide an entertaining read.  After all, reading should be a pleasurable activity. Secondly, to engage with my readers by discussion social issues. In particular I aim devoted to raising awareness about women's issues. I also have another, very fulfilling and important career as an educationist, in my work as an inspector, trainer and consultant.  Through this work in the UK and in other countries I am dedicated to promoting the concept of lifelong learning and 'quality' education for all. In other words, all children and adult learners are entitled as human beings to a good education of the highest standards.  And one can go on learning; learning for life - no matter if you are 17 or 70! There should be no limit to learning.

2) Being the famous woman writer who hails from Pakistan and England, how easy has negotiating cultural, personal and national identities been?

Quite easy actually. I have been very successful in negotiating cultural, personal and national identities. I am proud of all my identities. For instance I describe myself as a British Muslim woman of Pakistani origin. The multiple identities have substantially enriched my life. They make me who I am. Fortunately I have not suffered from any cultural clashes or negative ' cultural' experiences. I have however explored cross cultural issues as major themes in few of my early stories, including A Pair of Jeans and The elopement both being studied at German and English schools as well as at universities in other countries. The added bonus of having multiple identities is that I am very much into celebrating diversity and valuing people's differences. At the end of the day you are a product of the environment in which you are raised. So I guess after living in Britain since my childhood I am more British than Pakistani, with my Muslim identity remaining pretty strong.

3) Your fictional characters have all been depicted as caught in the maze of religion and society, who at the same time do not hesitate to rebel against those norms. And even if they are shown as giving in to those institutions, how easy or difficult has it been for you as a writer to sketch them?

Not all my characters are depicted as ' caught in the maze of religion' but in society - yes. And yes many of my women characters rebel, including Zarri Bano the heroine of my first novel The Holy Woman, her mother Shahzada and her grandmother Zulaikha in Typhoon. They rebel against patriarchal order and tyranny, in particular against their men folk's efforts to subjugate them. The servants too rebel against the inequalities of life and discrimination facing them in society. As I feel very strongly about women's lives, the injustices meted out to them dismays me. This anger has fired my imagination to create some of these characters.

I enjoyed sketching my characters, living and breathing their world, although so different from my own real world in England. Rural life in Pakistan is so different from the urban world of Manchester, where some of these characters were conceived. Some of them grew on me. I fell in love with a quite a few and took them into my next novel, Typhoon, which has thus become a sequel. Human relationships, between men and women and amongst women, play a central part in my fictional world.

4) Like some of the other women writers from Pakistan, has it never occurred to you, that a literary exploitation (If I can use that term in a positive sense) of real life incidents, could be of great help in "popularising" stories?....and this is to speak of them from a more commercial perspective.

In my novels I have sometimes used real life incidents or ideas picked up from somewhere, but very rarely do I base my characters on real people. I deliberately keep the real world separate from the world of the imagination. However, in my short stories some aspects of the stories are indeed based on real incidents. Also some characters are based on real people. I do not however exploit real incidents gratuitously. These days as I am travelling a lot; touring different countries I welcome ideas for a story or a setting. My story The Malay Host  written many years ago was based on a house we visited in a Jungle in Malaysia, inspired by the host we met. The recent story The Slave Catcher  was conceived in 10 minutes in Boston, whilst watching a video about the lives of the Black African slaves in 18th century Boston. The Train to Krakow about the holocaust 'had to be written' as I told myself whilst visiting the concentration camp in Poland where million Jews met their death.

5) Speaking of your women characters (Both in The Holy Woman and Typhoon in particular) do you consciously see yourself subscribing  to or even negating the ideology of Feminism?

Yes, in both novels I have consciously 'subscribed to the ideology of feminism' as you put it. The lives of women and their varied life experiences remain central to my work. My dislike of patriarchal tyranny comes through very clearly in my work, where often women like Zarri Bano and her mother Shahzada are victims, but they are also strong characters, with strong personalities and they fight back. They rebel in the way Miriam does in A Pair of Jeans.

6) What do you personally feel is the best and the worst part of being a storyteller?

The best part is when a story comes alive and characters loom large in your head. When a mere idea, or a snippet of a dialogue begins to turn into a fully fledged story and 'fleshed out' to one's satisfaction. And in the case of novels, when a story begins to grow and grow and the plot and characters begin to take on a will of their own and sometimes developing in ways you do not predict. That happened with me with one character, kaniz. In the Holy Woman this woman, a feudal landlady in a village is portrayed as a negative character, disliked by other villagers. Yet by the end of the novel she transformed into a very different person, demanding both the writer's and the readers empathy alike. Not only that! She ended up as a young heroine in Typhoon, which traces her early life. Going through this creative process- this unusual imaginative journey was truly an amazing experience.

The worst part of being a story teller is when you get ideas in bed or elsewhere and you do not write them down or capture them in any form. It is so annoying when you lose that special detail floating in your mind, the snippets of dialogue, or a scene. No matter how hard you try - you can never quite capture that detail again. I wish that there was a word processor in my head which would type up everything as I am thinking! Would not that be a bliss?

7) One last question...what can the readers expect next from Qaisra Shahraz?

My third novel, which still has not got a proper name, although it is provisionally named 'Revolt'.

Also a fourth novel that I am working on at the moment, called Silence, set in Morocco and Pakistan.

Thank you very much Qaisra

Interview conducted by Sheeba Rakesh, Dr. and Professor of Literature