When I did my 9th of May article, it set me to thinking further of the general theme and conclusion.  You can really see what someone or some entity is all about when it or they have power, when they are pretty much unchallenged, when they can crush those they disagree with. 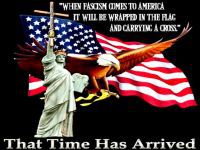 The USSR has and had the atomic bomb.  In 1945, the USSR could have crushed any enemy.  In the following years, as well, when it got its own bomb.  Did the USSR ever use its atomic weapons on anyone?  No.

Did the USA use its atomic weapons on anyone?  Yes they did.

Then there are other weapons of mass destruction, possessed both by the USSR, Russia and the USA.

Has the USSR or Russia ever used weapons of mass destruction on anyone?  Destroyed their infrastructure in order to make civilian life impossible?  Did Russia/USSR attempt to "break their backs"?  No.

What did the USSR do when it was at the zenith of its power?  Built schools, hospitals and infrastructure, provided education and assisted those who sought to free themselves from colonial oppression.

What does the USA do?  Steal people's resources.  Leave them in abject poverty, destitution and a destabilized situation.  Usually there is no clean water, no electricity, there are violent gangs attacking the vulnerable and innocent.

This can no longer remain a unipolar world.  The USA is absolutely corrupt.  It has become a fascist monstrosity, a predator, a lawless aggressor.  Contrary to their personal belief, might does not make right and you do not  produce freedom and democracy out of the barrel of a gun, the urine of a pervert, the bombs of a video game warrior, the sodomy of some sick psychopath.

Pride comes before the fall, and they certainly have a long downward plunge awaiting.  Such an empire cannnot stand.

Those countries plagued by this evil empire must be set free:  Afghanistan, Yugoslavia, Libya, Iraq.  All the hypocritical empty rhetoric about some war on terror, but they are the worst terrorists and terrorist supporters the world has ever known, and they have to be exposed.

When they are not openly using force and violence, they are using covert actions.  Skimming the sewers and trash of various countries for traitors who will cooperate in color revolutions for the right price.  They are constantly instigating and fanning the flames among the most free and democratic societies that refuse to lose their independence.

The FUKUS axis, including Israel,  is behind much treachery and deception.

The world community must demand that the opposing power void be filled by the true, just democratic entities of the world.  Seeing as the monster only understands the stick, be prepared to use it.