April 1, or April Fool's Day, has been celebrated worldwide for many centuries. The origins are so many that they are confusing; what is clear is that the date coincides with the beginning of the agricultural year in Europe. March 25 had been celebrated as New Year's Day, coinciding with April 1 in the Gregorian calendar. Was this the origin? 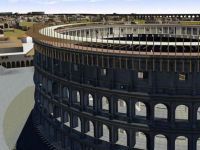 Perhaps, because those celebrating the "old" New Year after the Gregorian calendar was adopted in Europe after 1582 were thought of as traditionalists and were ridiculed; sometimes being sent on "fool's errands" and referred to as "fools". Certainly there is a connection with New Year, because it is the season of Fertility, when plants spring up and when fertility and life symbols are evoked. Easter, for instance, coinciding with the same time of year, has its origins in the Pagan Fertility Goddess Eostre, who was depicted with the symbol of the egg (eternity, no beginning or end) and the rabbit (fertility).

Exactly when the transition was made from New Year to April Fool's Day, however, is an enigma. If we follow the rule that Christian festivities are normally based upon Pagan rites internationalised by the Roman Empire, then we see that March 25 (later April 1 under the Gregorian calendar) was a Roman festival called Hilaria, a Day of Joy celebrating the resurrection of Attis.

If Christian rites were based upon Roman Pagan rites, then these were certainly based upon previous rites celebrated around the world, traders and human traffic forging new customs. We can trace this back as far as 536 BCE, the day of Sizdah Bedar, a day of playing pranks and jokes in Ancient Persia, celebrated on the thirteenth day of the Persian new Year (Norouz) on April 1 or 2.

President Barack Obama has declared that war is illegal and has instructed US lawmakers to draw up plans to compensate the millions of victims of US terrorism around the world - those who were used as guinea-pigs in tests for drugs (whoops, didn't anyone know about that?), those who were strafed with agent orange (to make men out of them and make them stand up straight, what?) and those whose countries were either illegally invaded (Iraq, because it had Weapons of Mass Destruction) or where the influence of the USA and its poodle states occasioned murder and destruction of property (Libya, because Colonel Gaddafy's humanitarian schemes in Africa were costing western lobbies too much in lost revenue).

Further to this, the Obama regime in the USA is to instruct the Senate and Congress to investigate Washington's connections to terrorist organizations in recent years, namely the KLA, Kosovo Liberation Army, aka UÇK Ushtria Çlirimtare ë Kosovës, which decapitated civilians, attacked police stations, raped girls and carried out wanton acts of terrorism; terrorist factions inside the Islamic Republic of Iran, which have perpetrated acts of murder and destruction of property; terrorist factions inside the Great Socialist People's Libyan Arab Jamahiriya which murdered people, decapitated Negroes and slit their throats, raped women, committed acts of arson, destruction of public and private property, tortured men and children and sliced the breasts off women.

NATO is to disband, after having reached the conclusion that it is an anachronistic waste of time and space, catering merely to satisfy the whims and caprices of the arms lobby and others, which gravitate around Washington and dictate its foreign policy along with that of Washington's poodle states in Europe. This decision was reached after the poodle states themselves declared that since NATO had been elected by nobody, its influence on policy was anti-Constitutional in all countries except Britain, where the Constitution and the law can be swayed and rewritten depending on how much you pay the Prime Minister for a...er...dinner.

Pay another fifty grand and you get the wife thrown in, what?