Mexico on the way to elections 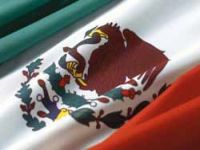 A few months before the general election on July 1, the hopes of many Mexicans are now focusing on the possibility that the next government will change their lives. During the 11 years of two governments of the National Action Party (PAN), the second economy of Latin America went through some complex moments.

In 2009, it contracted by 6.1%, while the annual growth was just over two percent, well below what is needed to tackle poverty.

"The puny wage increases are consumed by inflation rates, which is why access to basic food products is already virtually impossible," warned the secretary general of the only Labor Union of Workers of the Autonomous University of Mexico City (Sutuacm) Auxilio Heredia.

For 2012, the National Commission of Minimum Wage authorized an increase of 4.2% to the monthly payment, while on the last 7th of January, the Bank of Mexico reported that inflation in 2011 was 4.6%.

"The current situation is very critical and we are all affected, whether a little or a lot," Arturo Blancas, an employee of the services of the Autonomous Metropolitan University, told Prensa Latina, during the march of January 27, called by dozens of unions.

A call was made to alumni who joined others in what coincides with their demands for improvements for the common citizen.

A supporter of the left, Blancas believes that the next government will have to solve many problems, especially economic and social.

The Federal Electoral Institute (IFE) reported that to date it received 54,971 requests by mail from Mexicans abroad who seek to exercise their right to vote in future elections, and it is predicted that the electoral register will be composed of some 80 million citizens.

For the 1st of July, besides holding elections to determine the next president, Congress will be renewed (128-seats in the Senate and 500 in the House of Representatives) and the local elections in Mexico will have 15 federal entities, one of them the capital.

Some specialists think that Mexico City is strategic, there will not be any election, since the government in power is the Democratic Revolution Party (PRD) since 1997.

Also, in the Legislative Assembly of the Distrito Federal (DF) and in 16 political delegations, there are spaces in which the left is the majority.

Last week, the PRD indicated that their candidate, former prosecutor Miguel Angel Mancera, will contend for a seat of the local government, while the PAN candidate is Isabel Miranda de Wallace.

The Institutional Revolutionary Party (PRI) has yet to select its representative for this fight for the DF.

At national level, the three major parties will benefit or be harmed by what their local governments do, but there is nothing definite.

Enrique Peña Neto (PRI) and Andrés Manuel López Obrador, the PRD candidate, PT (Workers Party) and Convergencia, have been nominated by their organizations, but the panistas (PAN) haven't elected theirs from between Ernesto Cordero, Santiago Creel and Josefina Vázquez.

Who will take over as new president on December 1, 2012 is unknown. But yes, "let's hope that there is not too much "tranza" (fraud), and that the elections are clean," said Blancas.