Battle on emissions tax in Australia 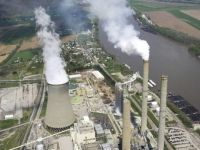 A big fight being waged in Australia over climate - the government is about to approve legislation that would reduce carbon emissions and make polluters pay carbon taxes. But large companies, backed by Rupert Murdoch, are trying to stop this bill.

This law establishing a carbon tax is a measure in which everyone wins - it will force polluting companies to switch to clean production and generate more resources for working families. If this law passes, it will encourage other large emitters to follow suit and can become the best hope for our climate.

But Murdoch's megaphone to spread fear is enormous - he owns seventy per cent of the Australian media. If together we can drown out their campaign of demoralization of the bill with messages of hope from around the world, we could help to pass the law.

This battle is being fought now in the Australian radio waves. Sign the urgent petition to support this bold initiative and share it with everyone - when we reach 250,000 signatures, we will convey messages of inspiration on the radio giving our global messages, explaining the benefits of the law and motivating public support:

We are all under the threat of climate change - including droughts and storms that cause forest fires, floods and crop failures. Australia's proposal would begin to change the economy in a way to stop climate change. The measure would make corporate polluters pay, encouraging them to become more efficient while funding future technologies and increasing support to the needy.

However, Murdoch - who has a long history of denying climate change - joined with mining companies to spread barbaric predictions about job losses and economic misery.

Countries like Denmark, Sweden and Costa Rica have already introduced a carbon tax, stimulating innovation and reducing pollution. If now we encourage Australia - the worst polluter of carbon-rich country per person - to follow the example of these countries, this will generate momentum for other major emitting countries like China and the U.S. to follow suit, increasing our chances of a global climate agreement next year.

Avaaz members worldwide have been strong advocates of climate change. Our actions often influenced governments and businesses. Now the Australian people and political leaders need our support to meet the riders and renew our hope in climate solutions.

Politicians and companies often think in the short term, when a long-term action is required. When our movement made by people who face these trends offer a clear vision of the future we want, we get the best of our leaders. We will strengthen the Australian decision, and then approach other governments to reach a global climate agreement that the world needs.