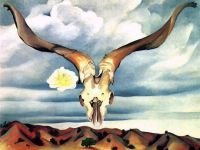 "Pervasive insecurity" caused by the illegal Israeli occupation of stolen lands in the West Bank, forcing Palestinians who have lived there for centuries to leave and look for somewhere else to live because their quality of life has become unbearable, is referred to in the latest UN report. Welcome to Israel, 2011.

Under this law, international treaties must be upheld, therefore it is totally unacceptable that the State of israel behaves as it is doing. Let us see the latest UN report and draw our own conclusions.

According to a United Nations report released this week, "restrictive planning measures applied by Israeli authorities in the zone of the West Bank known as Area C are forcing Palestinian residents out of the area, mainly because the zoning rules make it virtually impossible for them to obtain building permits".

The UN report continues: "Other factors forcing Palestinians to abandon their homes in this area include the construction of the barrier and other movement restrictions, reduced income, home demolitions and difficult access to services such as schools and water, according to "Displacement and Insecurity in Area C of the West Bank," which is prepared by the UN Office for the Coordination of Humanitarian Affairs (OCHA)".

"Irrespective of the motivation behind the various policies applied by Israel to Area C, their effect is to make development impossible for many Palestinian communities. Communities live in a state of pervasive insecurity and daily life has deteriorated to such an extent that some residents are forced to leave in order to meet their basic needs, feed their families or educate their children.

"This pattern of displacement, along with ongoing Israeli settlement activity, undermines the ability of Palestinian communities to maintain their presence in Area C and raises concerns about demographic shifts and changes to the ethnic make-up of Area C."

Author's note: I will be processing those who engage in libel accusing me of being racist or anti-Israeli.