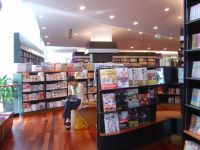 The capital of Thailand has been designated World Book Capital for the year 2013 by a joint committee composed of representatives of the world of publishing and the United Nations Educational, Cultural and Scientific Organization (UNESCO). The decision, taken in Paris, on June 27, makes Bangkok the thirteenth World Book Capital.

Quoted by the UN site, UNESCO Director-General Irina Bokova congratulated Bangkok "for the rich and varied programme it has prepared and committed itself to, which gives special emphasis to young people, marginalized groups and the development of reading for all. With its accent on cooperation and dialogue, at local, national and international levels, this programme responds perfectly to the objectives of the World Book Capital project, which is attracting the attention of an increasing number of cities worldwide."

The World Book Capital selection committee, composed by representatives from the world of publishing - the International Publishers Associations (IPA-UIE), the International Booksellers Federation (IBF), the International Federation of Library Associations (IFLA) - and UNESCO, chose Bangkok because of the following reasons: "its willingness to bring together all the various stakeholders in the book supply chain and beyond, actors involved in the publication chain for a range of projects proposed, for its community-focused and the high level of its commitment through the proposed activities."