The Summer Solstice or the Wiccan Litha? 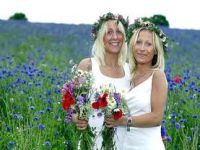 Today, June 21, is known as the Summer Solstice, St. John's Day or the Wiccan Licca, north of the Tropic of Cancer, the day when the Earth's axial tilt is closer to the Sun at 23 degrees 26' and the date when the night is longest. We take a look at the origins of the traditions celebrated on this day which should not be confused with Midsummer Day.

The Summer Solstice, from the Latin Sol (Sun), sistere (to stand still) is celebrated as another fertility festival, following on from the Ancient New Year at Easter time (from the Pagan Goddess of Fertility - rabbit and eternity - egg; and the festivals of light during the winter months which preceded it - Christmas, New Year, Carnival/Shrove Tuesday/Mardi Gras) - basically natural clocks for agricultural societies to regulate themselves in terms of cycles of sowing and planting... and also bringing communities together to organise sharing and aiding those in need.

However, with the first signs of hot temperatures in northern climes, it is a fertility festival with a difference, and just like Hallowe'en (the evening before the halos = saints), it is a time when bad spirits abound, this explaining why the Pagan Druids used to wear white and garlands of flowers to scare them away, while white was also the colour of death in many pre-Christian societies and flowers symbolised fertility, attracting partners.

It is a day celebrated across the northern hemisphere, traditionally, from the Celts in the west to the Slavs in the east, with dancing, feasting, drinking and bonfires; indeed it is celebrated even in China, with the Festival of Light in honour of the Goddess Li. It is however in England where the Festival has survived longest as a living tradition, with a revival of ancient Druid customs being held at Stonehenge and Avebury.

Spirit gatherings are held, in which huge bonfires are lit and people stay up all night to welcome in the dawn and the spirits of Summer after the Midsummer Moon, or Honey Moon, named after the alcoholic beverage based on fermented honey (mead) drunk during the many wedding ceremonies that took part on this day.

In ancient times, the couples would then jump through the bonfires, believing their crops would grow as high as they could jump. The day is also called St. John's Day, invoking the use of the wild plant with anti-depressive qualities called St. John's wort, or "chase-devil" (Hypericum perforatum in Latin), chosen to celebrate the Festival of St. John the Baptist at the end of June.

Stonehenge is perhaps the most famous of the Pagan/Druid meeting point, used even today. It was built using English and Welsh stone in around 2600 BC and served as an altar to make sacrifices and celebrate the coming of Summer, the height of the agricultural season. Since the ancient inhabitants did not have sophisticated mathematical models to calculate the coming of the solstice, they used cruder methods such as two marker stones, through which the first light would shine at dawn on or around a certain day.

At Stonehenge (stan = stone, hencg = axis, hanging) the Sun's rays shine through the outer Slaughter Stone (named probably after the sacrifices made there) and the Heel Stone beside it, onto the Altar Stone at the heart of the megalithic circle. The Heel Stone may also have been called Hole Stone, since some communities used a pillar with a hole on top, through which the Sun would shine at Midday.

It is thought that the modern-day celebrations, which draw tens of thousands of people to the site, were revived at the end of the eighteenth century when the Ancient Order of Druids was reformed in 1781.