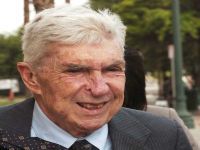 On the afternoon of April 8, 2011 the farce that was initiated 13 weeks ago in El Paso, Texas, ended with the acquittal of terrorist Luis Posada Carriles of all charges brought against him at his immigration trial.

For those who have followed the dark path of terrorism and its links with successive U.S. governments, the FBI and the CIA, in their dirty war against Cuba, this is a further demonstration of the support and protection that U.S. authorities have historically provided to him.

Posada Carriles arrived in Florida where he traveled from Islas Mujeres, Mexico, aboard the craft Santrina. He promptly denounced as Commander in Chief, Fidel Castro, and has remained as he always was under the tutelage and protection of the United States government.

His trial for lying during the immigration process, and not for terrorism, is an insult to the people of Cuba and the families of the bereaved as a result of the actions of Posada.

The shamelessness that occurred in El Paso is quite contrary to the professed anti-terrorism policy that the United States government claims to have, and that has even caused military interventions in other countries and claimed thousands of lives.

The U.S. government has knowledge of the participation of Posada Carriles in the bombing of the Cubana aircraft over Barbados in 1976, the bombing campaign against Cuban tourist facilities in 1997, and the plans to attack the life of our Commander Castro in Panama in 2000, as he was even condemned in that country.

The U.S. government is holding all the evidence of Posada's crimes, many of which were presented at the trial of El Paso.

It will be necessary now to see if a new trial against Posada Carriles for terrorism will begin, or if he will be extradited to Venezuela, as his extradiction was requested over five years ago by this country. They are legally bound by the International conventions which are part of Resolution 1373 (2001) of the Security Council of the United Nations, which the proper U.S. government itself promoted.

The greatest paradox is that while Posada Carriles is exonerated, five Cuban antiterrorist fighters remain unjustly held in U.S. prisons for seeking information on the actions of Cuban-born terrorists like Posada Carriles, freely roaming with impunity through the streets of Miami.

Cuba reiterates that the United States government is primarily responsible for this outcome and that it needs to assume its obligations in the fight against terrorism, without hypocrisy or double standards.