Anna Chapman, Russia's most mysterious spy of all times?

Anna Chapman, the glamorous Russian spy, has recently launched her official website. Reporters from Novaya Gazeta newspaper checked achapman.ru domain in Whois service. They were surprised to find out that the domain had been registered two months before the grand US-Russian spy scandal exploded  in the world media. 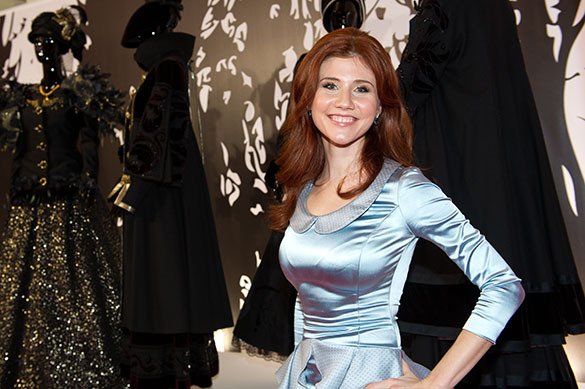 Russian liberals traditionally evince an unhealthy interest to everything that touches upon youth projects of the party of power. "She was a failed spy only several months ago, but now she has become a TV host, a model and an activist of the youth division of United Russia. Now she is using the virtual space too," the newspaper wrote.

Not only did the publication analyze the content of the spy's personal web page, but it also found the registration data for achapman.ru domain.

"On the register of RU zone domains, in Whois Service section, the line "created" says that annachapman.ru was registered on April 26, 2010. The spy scandal with Anna Chapman and Co. took place at the end of June, 2010. It just so happens, that the website, which is used for the media and political promotion of failed intelligence officer Anna Chapman, was registered two months prior to her grand failure," the newspaper wrote.

"We are about to believe the remarkable prognostic abilities of our special services, but we would like to ask your readers - what would that mean?" the article in the newspaper said.

The publication does not really need to ask its readers that question. The answer to it was formulated in the subtitle: "Online register unveils terms to prepare and launch Anna Chapman media-political project."

The readers seem to believe what they read: "The website was apparently created at the time, when the Russian foreign intelligence service was informed that American special services were going to disclose the network. The website was created to preserve the image of the Russian foreign intelligence service and to improve Putin's rating as the primary fighter for the Motherland in the enemy's camp," readers wrote in their comments on the website of the newspaper.

"I think that some three or six months prior to arrests, Moscow knew that it would fail, so they decided to squeeze lemonade out of a lemon - to make the failure become an international presentation of a commercial project," another reader wrote.

There are other, sane comments on the website of Novaya Gazeta too:

"Chapman was running Internet business under the guise, so she registered a domain for herself. She was not hiding in the States, she was leading more than just a public lifestyle." Here is another one: "It does not mean anything. It only means that she wanted to stake out a claim for the domain name. She probably needs the website to upload her hot photos on it."

One has to give rein to their imagination indeed to elaborate a whole conspiracy theory from the registration date of Anna Chapman's domain.