Malawi and the windbreaker Minister

Malawi was up in arms this week over a new law banning the act of breaking wind in public. So heated was the debate that the Justice Minister was forced to retract a statement he made in a radio interview when he claimed that "fouling the air" included flatulence and those who broke wind in public should be punished. 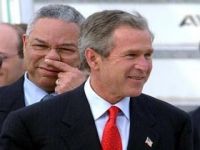 The furore was concentrated on the positions of the Justice and Constitutional Affairs Minister, George Chaponda, who interpreted the part of the text of the new Local Courts Bill concerning "vitiating the atmosphere" as referring to breaking wind in public. "Just go to the toilet when you feel like farting," he stated in a radio interview, claiming that fouling the air was anti-social behaviour and should be punishable as a misdemeanour.

Opposition to this position was centred on the Solicitor General, Anthony Kamanga, who claimed "How any reasonable or sensible person can construe the provision to criminalizing farting in public is beyond me."

A week of furore ensued, with all sections of society in Malawi joining in the hot debate, as to whether a public release of wind was a criminal offence or not. The terms in question in the Local Courts Bill were the following: "Any person who vitiates the atmosphere in any place so as to make it noxious to the public to the health of persons in general dwelling or carrying on business in the neighbourhood or passing along a public way shall be guilty of a misdemeanour."

In the end the Justice and Constitutional Affairs Minister took back what he said, withdrawing the idea to table a bill to make wind breaking in public a punishable offence, claiming he had made an error of judgement. He told the Malawi Law Society that the Local Courts Bill did not bear any influence over the "trouser cough".