Tunisia was a dictatorship!

The media was silent about despotism in Tunisia because it was a regime subservient to the political and economic interests of the U.S. 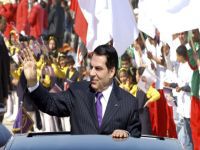 When I joined as an editor in publishing for international affairs at Folha de Sao Paulo, a fellow veteran colleague taught me how it was done to determine which of the hundreds of daily news we received, would be deserving of prominence in the newspaper the next day. "Just look at the telegrams of the agencies and see what they find most important," he stressed. A pragmatist, he adopted this method as a safe way to avoid clashes with the news of the competing newspapers, which, in turn, behaved similarly. In reality, therefore, international coverage of the Brazilian press was based on a restricted group of three news agencies - Reuters, Associated Press and United Press International, all dedicated to the geopolitical priorities of the United States.

After more than two decades, the international media coverage in Brazil is still guided by foreign policies. The only difference is that now agencies face competition from other information providers such as CNN and services from companies like BBC and The New York Times, offered by the Internet. But the content is the same.

Whoever relies on this agenda is doomed to a biased and distorted vision, an ignorance that is revealed only when there are "surprises" such as the popular rebellion that overthrew the government of Tunisia. Suddenly the world became aware that Tunisia - a country that is totally integrated into the neoliberal order and a favorite destination for European tourists - has been ruled for 23 years by a corrupt dictator, hated by his people. How is it that nobody knew that?

The media was silent about despotism in Tunisia because it was a regime subservient to the political and economic interests of the USA. The dictator, Ben Ali, was never reprimanded for violations of human rights and, even when he ordered his repressive forces to open fire on unarmed demonstrators, killing dozens of young people, U.S. President Barack Obama and his secretary of state, Hillary Clinton, remained silent. They did not even open their mouths to try to halt the massacre. It became evident only after Ben Ali fled the country as a mouse, carrying in his luggage more than a tonne of gold.

The case of Tunisia is not the only one in the region. In neighboring Egypt, another U.S. client, the regime of Hosni Mubarak, is a dictatorial government in power since 1981. Its prisons are full of political opponents and the elections took place amid fraud and violence, which guarantees the government nearly all parliamentary seats. But what matters for the "West" is support from the Egyptian dictatorship to American positions in the Middle East, especially his collusion with the Israeli expansionism. Therefore, the absence of democracy in countries like Tunisia and Egypt did not receive the attention of mainstream media, unlike the systematic condemnation of authoritarian regimes not aligned with the U.S. such as Iran and Zimbabwe. It is always: two weights, two measures.

Igor Fuser is a journalist, journalism professor at the Faculty Casper Libero