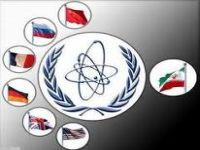 The government of Iran welcomed in Istanbul this Saturday (21st) the beginning of another round of talks with Western powers over nuclear issues, but again ruled out renouncing their legitimate rights in this matter.

Sources from the Atomic Energy Organization of Iran (AEOI) considered it positive that in the Turkish city a round of comprehensive dialogue was carried out with the so-called 5 +1 group, formed by the five permanent members of UN Security Council plus Germany.

The talks began at the Ciragan Palace in Istanbul, and the next day a session is to be headed by the Chief of the Supreme National Security Council of Iran, Saeed Jalili, and the High Representative for Foreign Policy of the European Union, Catherine Ashton.

According to the Persian authorities, the talks will focus only on cooperative dialogue, and denied the initial idea of the West to call them to discuss that country's atomic program and require them to renounce uranium enrichment.

Tehran reiterated that they "will go with seriousness" to the meeting and stressed that they will not discuss its nuclear program, as this "should be under the domain of the International Atomic Energy Agency (IAEA)."

"Iran is here, fundamentally, to talk about security issues that affect them both regionally and globally," said a correspondent of the pro-government channel Press TV in the Turkish city.

The Iranian government, meanwhile, said they had confidence in pursuing these contacts in Turkey, agreed to during the first round of dialogue held on the 6th and 7th of December last year in Geneva, but it will depend on the G5 +1 to respect the agreed agenda of issues then.