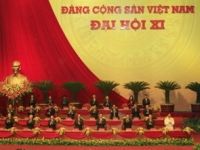 The 11th Congress of the Communist Party of Vietnam (CPV) today endorsed Marxism-Leninism as the cornerstone of the economic renewal process started here 25 years ago.

During the solemn opening of the conclave, the top leadership of the country also appreciated the successful implementation of the ideology of Ho Chi Minh in Vietnam to apply the principles of Marx and Lenin.

Vietnam President Nguyen Minh Triet, highlighted the legacy of Uncle Ho, whom he defined as "a man of world culture, while a tireless fighter for national independence."

The president praised the millions of compatriots who were slaughtered over eight decades, to obtain, defend and uphold the sovereignty that allows the country to move towards socialism.

In this regard, Triet said that the country currently faces many challenges following the global financial crisis, but bet on the leadership of the CPV to make Vietnam an industrialized nation by 2020.

"The 11th Congress is a big responsibility to the people to face reality and tell the truth and pursue our transition to socialism," he said. 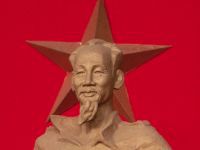 Triet stressed the crucial role of the "Doi moi" (renovation) began in 1986, the increasing mobility of Vietnamese society, and called for the process to be perfected.

In the opening, 1,377 delegates took part, representing 3.6 million members of the CPV, as well as former members of its Central Committee and the group called heroic mothers, women who lost their children in the independence struggles.

The CPV holds its national congress every five years to draw up socio-economic strategies and choose the highest political and administrative leadership of the nation.

Vietnam has been successful in economic reforms while still maintaining the objectives, principles and viewpoints of socialism.

The building of a socialist-oriented market economy in Vietnam and the country's achievements over the past are valuable experiences that were praised by foreign reporters, as well as progress made in agriculture.