Russia celebrates Orthodox Christmas on the night of January 6. We present a brief summary highlighting the most common traditions, the symbols of Orthodox Christmas, the food and the significance of this date. 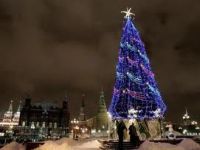 The Orthodox Church then changed this festival to the Day of Epiphany (day of the adoration, the 6th of January), when the Three Kings/Wise Men/Zoroastrian astrologists brought presents for the baby Jesus in the stable because according to the Julian calendar, Christmas is behind the Gregorian calendar by two weeks. It is on this day that Christmas is celebrated in Russia, but who brings the gifts are Ded Moroz (Grandfather Frost), and Snegoroushka (The Snow Girl). Ded Moroz is perhaps the original Santa Claus, with his white long beard and his long clothes. 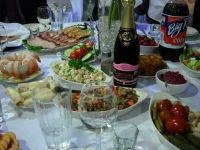