Time for Pakistan and Russia to mend fences 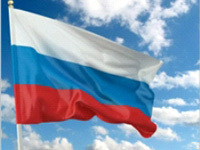 Relationship between Pakistan and the former Soviet Union followed an ‘on-again and off-again' model, oscillating between ‘cordial' to ‘hostile'. Conscious of the need for sustained bilateral relations, the two countries did work in that direction through exchange of visits at the highest level that concluded with the promises for mutual cooperation and collaboration, but their divergent geopolitical interests and overpowering alliances did not allow them to come closer. Mainly it was the Indo-Soviet and Pak-US alliances that proved to be the stumbling block.

Pakistan's felt threatened from close Indo-Soviet military and economic ties, Soviet support to India on Kashmir dispute and an aggressive Indian posture. This drove Pakistan into seeking US protection and military assistance and led it to join American sponsored defence pacts - SEATO and CENTO, which essentially aimed at containment of communist Russia and China, giving only a false sense of security to Pakistan.

Pakistan also became wary of the indirect Soviet role by way of strengthening Indian hands in undertaking the dismemberment of Pakistan in 1971 that came on the heels of Indo-Soviet Treaty of Friendship (August 1971) and massive arms sales on concessional terms.

The lowest point in Pak-Soviet relationship was reached when the Soviet forces marched into Afghanistan. This aggravated Pakistan's security concerns which found itself in a nutcracker with an aggressive India in the east and a pro-Indian USSR in the west that was perceived to be keen at pushing its way down to the Indian Ocean, cutting through Balochistan. This threat perception led Pakistan to support the Afghan resistance that was later joined by the US who saw in this a great opportunity to avenge its own humiliation of Vietnam.

But now, some thirty years after Soviet invasion of Afghanistan and some twenty years after Soviet collapse, the world stands substantially changed, continuing to change dramatically. With today's international political and geopolitical landscape fundamentally different from that of the second half of the twentieth century, Russia - that succeeded the Soviet Union, now faces new realities - global, regional and domestic.

Showing a dramatic recovery from the chaos of 1990s, Russia is now poised to play the role of a world power center. It is working to regain its influence in Central Asia through Shanghai Cooperation Organization in tandem with China, both of whom now work closely to stem the tide of American expansionism in that region. Russia is expected to assume a proactive role in relation to Afghanistan when the Americans and NATO forces leave. And importantly, it needs to create new alliances in regions of Asia that it has not actively pursued.

There has also been a shift in the Pakistan's security situation. It is no more entirely dependent on the US for its defence needs. It enjoys a nuclear-based security environment that has neutralized the Indian threat and is rapidly moving towards self sufficiency in the production of conventional defence equipment, the most recent being the production of a high performance multi-role aircraft jointly with China. Although this gives Pakistan enough room to maneuver in the area of foreign and defence policy, its poor economic performance keeps it dependent on US economic assistance.

It is imperative for Islamabad to turn its economy around ASAP and, respecting strong public pressure, cut itself loose of Washington's stranglehold to regain independence in policy making. It is in Pakistan's strategic interest to initiate politico-military outreach towards other global power centers and follow a balanced and broad based foreign policy. Its dependence on the US has neither served it well in the past nor does it hold any promise for the future.

While Russia was pulling itself together in the 1990s, its old ally, India, moved closer to the US with an eye on latter's investment, technology, weapon systems, civilian nuclear capability and above all on the attainment of regional power status. The US wooed it to ingress its huge market and install it as a proxy in South Asia in pursuit of its policy of encirclement of Russia and China.

With countries big and small, powerful and not so powerful, redefining their priorities in the changing political environment and realigning themselves to promote new security and trade arrangements to suit their national interests, there is no reason why both Russia and Pakistan should not begin a new relationship, one that suits their needs and promotes peace in this part of the world.

The current leadership of both countries can begin to build on what leaders from Ayub Khan to Musharraf and Kosygin to Putin were able to achieve. Their achievements included the Soviet mediated Tashkent Declaration of peace between India and Pakistan after 1965 war, Soviets assistance in the oil & gas and the power sector and the landmark project of Pakistan Steel Mills. On Pakistan's part, it was among the first to recognize Russia as the successor of the USSR and it assisted Russia in getting an observer status at the OIC and Moscow, which was reciprocated by Russia in helping Pakistan gain similar status at the Shanghai Cooperation Organization.

Unfortunately, however, the full potential of a bilateral relationship has not been realized. Islamabad has in the past shied away from moving closer to Moscow for fear of upsetting Washington, a mindset that is now changing. On its part, Russia has indicated its readiness to open doors, even for military cooperation. On the heels of a meeting between Russian and Pakistani presidents during the SCO conference last June, came Pakistan's army chief, General Kayani's visit to Moscow that apparently explored military cooperation. This signals a policy shift, indicating that Pakistan is not ruling out such an arrangement.

The Russian Duma has established a Group of Friendship with Pakistan - a measure that should now be reciprocated by Pakistan's parliament. The Inter-governmental Commission on Trade and Economic, Scientific and Technical Cooperation needs to be made functional and trade and investment potential explored. Russian help in the energy and power sector would be critically important.

Contacts between the two governments notwithstanding, people of both countries have generally remained alien to each other. A prolonged American propaganda against communism and the Soviet Union created the image of that country as an aggressive and an evil empire. This was later reinforced by the negative perception created by the Soviet misadventure in Afghanistan. This, coupled with lack of opportunities to interact, prevented Pakistanis from coming closer to the people of Soviet Union.

But now with Russia having replaced the Soviet Union, communism fading out, glasnost encouraging the Russian society to open up and Russia reshaping its policies to meet the challenges of the new millennium, Pakistanis need to see Russia in a positive light. But to change negative perceptions, there is need for dissemination of positive information and people to people contacts.

The Russian people have to also come out of their shell. Historically, they have looked westward for trade, tourism and cultural exchanges. They now need to begin fraternizing with their neighbors in Asia. Cultural exchange, scholarships, and student and academia exchange programs between Russia and Pakistan could cover the gap to a large extent and must be facilitated by both sides. Pursued with diligence, this could initiate a new era of friendship and cooperation between the two countries.