The Republic of Portugal celebrates one hundred years of history

On October 5, 1910 the Portuguese Republican Party (PRP) implanted the First Republic, following the period of chaos since the assassination of King Carlos I and the Prince Royal Luis Filipe in Lisbon on February 1, 1908. The younger son, Manuel II, survived the assassination and ruled as King for two years before being forced to flee to England with the rest of the Royal Family. Then began the saga of the Three Republics. 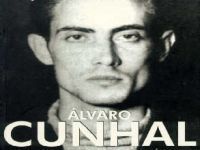 The crises of the nineteenth century, not least the British ultimatum to its ally Portugal to concede the area between its colonies Angola and Mozambique to the British Crown in 1890 (giving Britain what is now Zimbabwe and Zambia), turned a substantial sector of Portugal's urban population against the Monarchist Government of the time. Simultaneously, a movement favouring the reforms set up in France in 1870 (Third Republic) began to take hold among the Portuguese intellectuals who called for political and economic democracy, universal male suffrage, the secularisation of education and the separation of Church and State. The Republican Movement used the British ultimatum to inflame the population against the Monarchist cause while promoting its own agenda in Parliament where it adopted an aggressive stance.

The implantation of the First Republic on October 5 1910 was immediately followed by legislation which suppressed all religious orders (which were pillaged), anti-Catholic legislation and anti-religious decrees culminating in the Law of the Separation of Church and State in April 1911.

Political turmoil ensued as the rural population loyal to the Monarchists, the Church and growing elements within the PRP turned against the Government. The First World War appeared as an opportunity for the Republicans to unite the country behind the leadership and as a necessity for Portugal to defend her colonies Angola and Mozambique against the Germans. However the decision to enter the war was not consensual, weakening the PRP and resulting in two dictatorships (Pimenta de Castro, January to May 1915) and Sidónio Pais (1917-1918). Portugal entered the war officially in 1916 and the first troops from the Portuguese Expeditionary Corps arrived in 1917. The result was terrible mismanagement by the Portuguese officer corps and by the British Corps into which they were integrated, leaving the soldiers exhausted and isolated. And suffering horrendous casualties.

Sidónio Pais installed a single party system and began repressing left-wing movements while cultivating restored relations with the Church and the Monarchists. Assassinated in December 1918, there followed a civil war (January-February 1919) between a resurgent Monarchist movement in Lisbon and Oporto and the Republicans, which won the day. The PRP won the ensuing elections with an absolute majority.

On May 28, 1926, the Army rose up and took power in a Coup d'État, supported by large sectors of Portugal's political and civil society, ending the First and installing the Second Republic. During this time, the influence of António de Oliveira Salazar, Minister of Finance between 1928 and 1932, grew considerably, culminating in Salazar´s appointment as President of the Council of Ministers from 1932 to 1968 and the installation of the New State (Estado Novo) in 1933.

Salazar's vision was one of a pluricontinental Empire, with Portugal at the centre of an independent Portuguese State spanning Portugal in Europe, Angola, Cape Verde, Guinea-Bissau, Mozambique and São Tomé and Principe Islands in Africa and East Timor in Asia. His style of Government was authoritarian, repressive of leftist movements, pro-Catholic, pro-economic autarky, like Franco in Spain, who he supported in the Spanish Civil War (1936 to 1939) facilitating the arrival of weapons to his neighbour.

Salazar managed to steer Portugal clear of the Second World War, aware that a Spain joining the Axis powers would result in the invasion of Portugal and of Portugal's long-standing alliance with Britain, which at times was more favourable to the British but nevertheless over time guaranteed Portugal's independence.

After the war, Portugal defined itself as a member of the Western Block, being a founder member of NATO in 1949 and in 1960, EFTA, reducing Portugal's dependence on trade with its colonies and preparing new markets within Europe.

However, Salazar's vision was of a pluri-continental Portugal, stretching from Lisbon to Praia to Luanda to Dili and this ran against the international geo-political currents of the times. His internal methods ran against any humanitarian norms of decency. There was torture, there was repression, Communists and Socialists were hunted down, political freedom was repressed, freedom of expression did not exist. There was murder.

Although Portugal's balance of trade was healthy in the last years of Salazar's regime, its demise came because of the very nature of its balance of power, with a new generation wishing to grab the reigns of government, while the international community fought against Portugal's colonial war on three fronts (Guinea-Bissau, Angola and Mozambique).

Salazar had an accident in 1968, hitting his head on wall tiles as he fell from a deck chair in Estoril and spent the final two years of his life in a limbo perpetuated by the subservient members of his regime who surrounded him, while Marcelo Caetano was de facto the President of the Council of Ministers and succeeded Salazar after he died in 1970.

While Salazar was not the Fascist xenophobe of the type represented by Hitler, he was also anti-democratic and has to take responsibility for the imprisonment and torture of political prisoners, members of the Communist Party and other members of Leftist organizations.

Marcelo Caetano's tenure was the beginning of the end for the repressive regime, rather than a new beginning, albeit his style was different from Salazar and the animals that surrounded him. The colonial war continued, political repression continued, people were imprisoned for their political beliefs, the economy was controlled by the "100 families". An elite.

On April 25, 1974 came the Revolution of the Carnations, basically a Leftist military Coup d´État which overthrew the previous regime, opening up the independence process for the colonies but which soon became assimilated by reactionary forces linked to the CIA. The Third Republic is what we see today.

After a period of turmoil, in which a million Portuguese returned to Europe from the colonies, Angola and Mozambique collapsed into civil wars and East Timor was annexed by Indonesia. In 1986, Portugal joined the European Economic Community and so began a process whereby the little industry, agriculture and fisheries it possessed was systematically sold down the river by successive governments led by the PSD (Social Democrats, Conservative) and PS (Socialists, Centre-Right/Right, after Sócrates).

These Governments have led Portugal to the pitiful state it is in today. One hundred years ago, Portugal was virtually bankrupt. Today, it is technically bankrupt. Power continues to remain in the hands of Portugal's elite, fiscal and economic policies continue to fail and to chastise the population whose goodwill will one day snap.

It is enough to say that the time of the greatest influx of gold from Minas Gerais in Brazil to Lisbon in the mid-18 th century, coincided with the period of the lowest income for the Portuguese State. Those in Portugal who know, do. Those who don't, take refuge in politics.