The Bible and the electric car 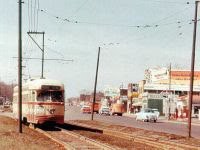 Recent years have seen the enthusiasm of the human race with electric vehicles, which are silent and do not pollute. The joy is justified: air pollution kills nearly 3.5 million people each year. We can say with absolute certainty that the electric car is one of the most coveted new developments in recent times by all who desire a better quality of life.

However, according to the Bible, this is nothing new! Check for yourself: "What has been will be again, what has been done will be done again; there is nothing new under the sun." (Ecclesiastes 1:9, New International version) Yeah. And is it not what this Scripture says, right? Oddly enough, electric cars are like dinosaurs: they inhabited this planet for a long time until they disappeared mysteriously.

It is this incredible story that the American journalist Edwin Black reported in his book Internal Combustion, released some time ago. This work demonstrates how powerful transport and oil companies have teamed up to scan the planet using the electric car, paving the way for clean gasoline and diesel oil.

Reportedly, the electric car was already invented in the distant year of 1830. Around the year 1900, an unbelievable 90% of taxis that ran in New York City were electric, as electric trams were also used for public transportation. Back then what proliferated was not gas stations, but futuristic refilling stations.

Here is how some large companies realized that gasoline cars could be sold for higher prices. According to what the author said in an interview with Superinteressante magazine, "the plan was to sell the combustion cars at a high price, only for the rich. Until a Detroit automaker decided to follow his own path. It was Henry Ford who planned to produce cheap combustion cars. Ford faced years of legal battles against cartels to win the right to produce his cars. But when he finally won the war in court, he realized that the U.S. was becoming "a dirty place with soot generated by petrol engines."

The author, noting that in the U.S. as early as 1912, some magazines and newspapers warned of the environmental problems of gasoline cars, records that there was then a new turn: Ford joined the scientist Thomas Edison on a project to produce a cheap electric car that would be accessible to all.
Asked what caused the failure of this project, the author gave a shocking answer: "An apparent sabotage in the batteries. They were going out in good condition from the Edison plant in New Jersey, but did not work when they arrived at Ford in Detroit. In 1914, when he tried to make a fool proof battery free of manipulation, their labs were destroyed by a mysterious fire. "

About public transport the author reveals that in 1925, the electrical pathways carried 15 million passengers per year in the U.S.. That was until 1935, a conglomerate of powerful corporations created the NCL, or National City Lines. And behold, this NCL immediately began to buy the transport companies that used electric vehicles. After buying them, the electric buses were burned, so that they could no longer be used, replaced by petrol models. According to the author's complaint, this happened in 40 U.S. cities, until there was a conspiracy charge, recognized by the judiciary of that country - but by then it was already too late!

The rest of the story we know: millions of human beings killed by air pollution and endless wars for oil, which also sow so much pain and suffering around the world. In fact, the series of misfortunes has been so great that mankind has started rehearsing a return of over one hundred years in time, to the electric car.

Given what these businessmen did to the human race, I think about the accusation of Machiavelli: "The ambition of man is so great that, to satisfy his desire in the present, he does not think of the evil that soon may result from this." Perhaps, in truth, they should make note of the words of Pascal: what good is it for a man to gain the world if he loses his soul?

Translated from the Portuguese version by:
Lisa Karpova
Pravda.Ru