The biography of Vladimir Ulyanov Lenin, the leader of the Great October Revolution, says that Lenin had to endure hardships and tyranny from the tsarist government during his exile in Siberia. 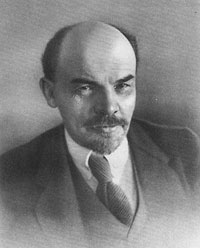 The house, where Lenin spent the first year in exile, became a museum in 1940. Afterwards, the entire village where Lenin lived became a large memorial complex. Museums in Lenin’s honor were opened in the local prison, the post office and other premises. As a result, the settlement of Shushenskoye became a legendary complex of museums.

The settlement does not attract hundreds of thousands of tourists from all over the world. However, thousands of curious Russians visit the Siberian village regularly to take a look at the iconic place.

Eastern Siberia, where Shushenskoye is located, differed from the rest of Russia in the 19th century: there was no serfdom there. The house, where Ulyanov Lenin lived for two years and two months, was a very good house made of larch wood. The climate in that part of Siberia is very mild, there are many sunny days during a year. Local residents still grow tomatoes and water melons there. In his works Lenin described Shushenskoye as the Siberian Switzerland.

How did Lenin manage to serve his punishment in such a good location?

When traveling to Siberia, Lenin made a stop in Moscow where he visited his family. His sister Anna arranged him a meeting with doctor Krutovsky. Lenin and Krutovsky met in a train, on the way to the city of Irkutsk. Krutovsky was traveling to the city of Krasnoyarsk and he advised Lenin should get off there too and send a letter to the governor general, who was staying at that moment in Krasnoyarsk too.

In his petition, Lenin complained of his health and asked the governor general to send him to a different location – the south of the Yeniseisky Province. Dr. Krutovsky was a member of the committee for examining the health condition of the exiled: he paid special attention to Lenin.

Apollon Zyryanov, the man, who owned the house where Lenin stopped, was a wealthy entrepreneur. The businessman and his guest developed very good friendship with each other afterwards.

Lenin did not do any work about the house. He could not split logs, brings buckets of water from the well or light up the oven. He had a peasant girl in the house – Pasha Mezina – who was doing all the work for 2.5 rubles a month. The girl happened to be Lenin’s servant, although Lenin was known for his adherence to equality and brotherhood of all people.

Gendarmes searches Lenin’s house in May of 1898. One of them started looking through books on the bookshelf. It took him several hours to examine the books on the upper shelves. There were two lower shelves left, but the officer was too tired to continue. He simply asked Lenin’s wife, Nadezhda Krupskaya, what kind of books they were. Krupskaya responded that she was keeping her pedagogical notes there on the lower shelves. The gendarme believed her and left.

Lenin was keeping illegal literature on those two lower shelves. He planned to escape to Alaska and America via Russia’s Chukotka in case he was caught, but it did not happen.

If the gendarme had been a hard-working man, he would have probably changed the history of the whole world.