Russians' 'Who cares?' attitude will never let them die of anything

Foreign tourists, who come to Russia from all over the world, nullify the efforts of the nation’s sanitary and epidemiological services to prevent the penetration of swine flu in the country. Fortunately, the Russians do not panic yet. 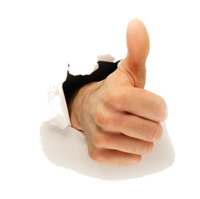 Russians' 'Who cares?' attitude will never let them die of anything

“Luckily, the Russians are more inclined to the couldn’t-care-less attitude than to panic, which is a positive factor, because people form a proper reaction to various threats,” Russia’s Chief Veterinary Inspector Nikolai Vlasov said.

Swine flu can be potentially dangerous to humans for a number of reasons.

“It has been a long time since the last pandemic of flu took place in the world. The immune background of the population has weakened. The modern generation of humans is not familiar with the combination of the genes that this virus has. That is why, if the swine flu strain is dangerous, the consequences can be extremely difficult,” Vlasov said.

Specialists do not know how the virus appeared: whether humans infected pigs or pigs infected humans.

Nikolai Vlasov said that there was no information about the high pathogenic power of the H1N1 virus. In addition, 20 US citizens, who asked for medical help on time, were cured with the help of medications very quickly.

The virus is resistant to several anti-flu medicines, Tamiflu, for example. Vlasov suggests the Russians should use a cheaper and more efficient drug – remantadin.

“I do not know any flue strain that could be resistant to remantadin,” he said.

The chief vet inspector also asked people to avoid mass public events and undergo anti-flu vaccinations. He concluded with a joke saying that a piece of infected pork would become disinfected once it is placed in a vessel filled with vodka for two days. “However, drinking a lot of vodka would be useless if someone decides to kill the virus in their body,” he said jokingly.