Foreign countries think of Russia as global empire of good, many Russians believe

Two-thirds of Russians believe that Russia plays a positive role in the world and does not pose a threat to any other countries, a recent opinion poll held by the BBC Russian said. 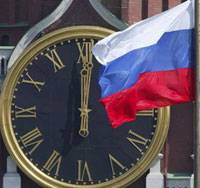 Foreign countries think of Russia as global empire of good, many Russians believe

The poll showed that 66 percent of adult Russians believe that the world perceives Russia as the global power of good. Only 13 percent of the polled said that foreign countries see a threat coming from Russia. Twelve percent believe that other countries think of Russia as a country that jeopardizes its neighboring states, RIA Novosti reports.

The countries, which Russians name as their key allies in the world are Kazakhstan and Belarus, the former Soviet republic (38 and 23 percent respectively). Others pointed out China (14 percent), Germany (13 percent) and France (11 percent). Every tenth respondent said that Russia did not have any allies in the world.

When asked about the most serious home problem in Russia, 31 percent of the polled named the decreasing living standard and the current financial problems. Twenty-three percent named corruption, whereas 17 percent pointed out high prices and inflation.

The poll has thus showed that many Russians are certain that their nation can play an important role in world affairs rather than be a sleeping giant in big politics. Experts say that such certainty is based on Russia’s influence in oil and gas industries.