The US National Central Bureau of Interpol informed of fake offices of the organization appearing in Russia. The offices conduct their activities in various regions and even have special documents and insignia with the symbols of the international police. 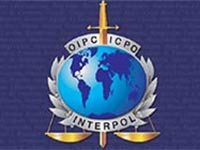 Interpol agents in Russia’s Murmansk region, for example, work in the towns that are located near the borders of Norway and Finland.

They show their IDs to local officials and citizens. The IDs looked like official Interpol IDs, in blue morocco cover and with a metal badge shaped as the Interpol emblem on them. The ‘agents’ use the attributes of the international organization to either derive their own personal profit or avoid responsibilities for committing civil wrongs.

The US National Central Bureau of Interpol received similar information from Moscow, the Krasnodar region, as well as from the Tyumen and the Astrakhan regions of Russia.

“They have no special badges, nor do they use special license plate numbers on their vehicles. Any ID and any badge that identifies a person as an officer of the Russian Bureau of Interpol is either a fake or a souvenir product,” an official said.

Its membership of 187 countries provides finance of around $59 million through annual contributions. The organization's headquarters are in Lyon, France. It is the second largest intergovernmental organization; after the United Nations.

Its current Secretary-General is Ronald Noble, formerly of the United States Treasury. Noble is the first non-European to hold the position of Secretary-General. Jackie Selebi, National Commissioner of the South African Police Service, was president from 2004 but resigned on 13 January 2008, later being charged in South Africa on three counts of corruption and one of defeating the course of justice.