The traditional Russian winter with snow and severe frost is gone forever, meteorologists say. Moscow currently faces the deficit which it had never had before, even under the communist rule – the deficit of snow, a well-known German journalist Boris Reitschuster wrote for Bunte Magazine. 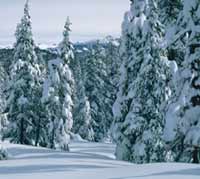 Even the all-mighty prime minister is absolutely unable to solve the problem. When Putin talked to the nation in his televised conference last week, someone asked him when it was going to snow. “When God gives some,” the former KGB professional responded, having openly acknowledged the littleness of his earthly powers.

Many in the West dream of experiencing the legendary Russian winter with its boundless white magnificence. The blanket of snow used to cover the vast Russian territory already in October. Moscow would normally get snow in October-November. This year is a hideous exception, though. There is not even a snowflake in the middle of December. There were several humble snowy attempts made, but one will not see even a small pile of snow in Moscow’s streets today. December temperatures in Moscow considerably exceed the norm, whereas December 3 and 4 were registered the warmest winter days in 130 years of meteorological observations.

Chilly winter cold, the blue sky and the bright sunshine have been replaced with thick gray clouds hanging very low above the city. There is mud everywhere: mud on the ground, mud in the air, even the sky seems to be very dirty. Muscovites dream about the sun as they get showers in December.

Many Russians complain of depressions against such a gray winter background. About 65,000 Muscovites suffer from cold since viruses live well under warm weather conditions.

Employees of the Moscow Zoo say that their bears won’t hibernate. Moscow power stations suffer huge losses because they receive the money only for the heat that they produce and sell to their consumers.

Meteorologists say that Moscow will most likely not see the true Russian winter anymore.