Rasputin’s diary proves him to be impotent

For more than 80 years ‘Rasputin’s Diary’ was kept in Record Office. Now it’s finally published. There the man reveals his sexual preferences. Two experts expressed their opinion on it. 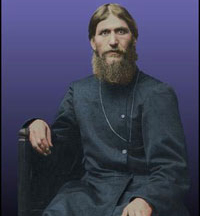 Rasputin’s diary proves him to be impotent

Mr. Kotsubinskiy and Mr. Lukoyanov wrote the introduction to the book. They say at the very beginning that this is not an ordinary book. One remark clarifies that it’s an original’s copy that was dictated by his secretary Akilina Laptinskaya. The other one says that the text was rewritten by Gedymin from a rough draft with the same spelling.

The diary is a patched story about Rasputin’s life, starting from childhood up to 1916. It also includes his comments on important events and his thoughts about general topics.

Read also: Rasputin - an understanding for both Russians and non-Russians.

Kotsubinskiy and Lukoyanov say directly that they trust the diary with caution. First, because it’s not an original, and then - because the diary appeals to ‘Vyrubova’s Diary’ that turned out to be fake.

These two diaries look similar in certain details. They have the same front page design and the same page structure: each page has its own finished plot with its precise date; there are often mentioned one and the same facts that are not mentioned anywhere else.

“Mr. Sergeev, the person who proved ‘Vyrubova’s Diary’ fake, mentioned some serious inaccuracies in vocabulary”, say the scientists. ‘For instance, they use the word ‘bump’ in the sense of ‘fire’ that became widespread only in the Soviet era. Before that Russians used to say ‘dismiss’. However, the word ‘bump’ can be found twice in the diary’.

Despite that, the diary still has several facts that are backed up in other sources. For example, the story about some Ignatiy (Eric) that was just mentioned in the Vyrubova’s diary, information about Olga’s fake letter and secret notes on tsarist letters, about Nicholas’s and Alexei’s fake poisoning.

Read also: St. Petersburg to host the first museum of erotica in Russia

Researchers say that this diary seems more ‘natural’ than Vyrubova’s diary. The style of Vyrubova’s writing in the diary is quite different from her writing in her original notes. Here, the manner of writing and the vocabulary in Rasputin’s diary and his true notes are very similar.

Also if we judge this diary as an apocryphal story, we can’t say that the information it contains has nothing in common with real historic events. This can be partly proved by the fact that one possible writer of this diary, Mr. Shegolev, was a member of Interjacent government and thus had access to all the documents that were later lost.

This is what Rasputin says about sex on the pages of his diary: ‘I never think about it. If I want it, I do it. For me it’s neither a pleasure, nor a sin’.

However, historians say that in reality Rasputin was a man with low sexual power, who did all his best so that this defect could not be identified.