Internet has become an inseparable part of many people's lives already. Opinion polls show that 60 percent of British and 57 percent of Belgian citizens use sources of the Internet when they want to know latest news or gossip. The world wide web presents extremely wide opportunities for online surfing. In addition, online surfers often use the Internet to create their new virtual image and character. This is a common peculiarity with those, who like to spend their free time in chat rooms and forums. It seems that there is nothing bad about this phenomenon. A person makes up a new role for himself or herself and plays it to his/her own pleasure. The harmless game, however, may change the actual reality for such people some day and turn a common Internet user into an Internet addict. 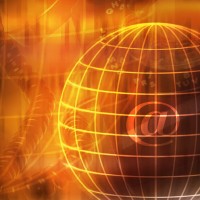 The problem of the pathological use of the Internet and the Internet-dependence appeared in Europe and in America at the end of the 1980s. The problem is being shaped up in present-day Russia too. Russian people are known for their ability to develop passion for absolutely anything. A Russian can be fond of gambling, horse-racing, fashion, make-up and alcohol. Therefore, it goes without saying that the Internet made another line on the list of strong addictions. The issue of Internet addiction has become usual for Russian cities already. There is nothing unusual about it, though: different people fall for different things.

Pathological addiction starts when aspiration to hide from the real world becomes the central idea in the mind of an individual. A person stops solving social and everyday problems and hinders his/her personal development. It goes without saying that the Internet is one of the most attractive and easiest ways to escape from reality. First off, a person can be absolutely anonymous with everyone and give themselves out to be anyone too. Secondly, it is very easy to find a new online friend or a pal.

Psychotherapist Vitalina Burova presented her list of central psychological symptoms of Internet-dependence. A person who develops such addiction usually experiences the feeling of joy and even euphoria when he/she sits down at computer. It is hard for such a person to stop their online session; they do not even notice that they need more and more time and money for their virtual world. In addition, Internet-addicts start to ignore their work, family, friends; they feel quite sad and depressed when they have to stay away from computers.

Dr. Burova also pointed out several physical symptoms, which include irregular nourishment, sleep disorders, dry eyes, headache, backache, and pains in arms and hands connected with the extensive use of keyboard and mouse. One may say that Internet addiction starts developing from an uncontrollable wish to check email and anticipate a new online session with pleasure.

It is generally believed that men are more subjected to the Internet dependence than women. As a matter of fact, women are fewer in number when it comes to the Internet statistics of sexes. Furthermore, the Internet becomes an addiction for those individuals, who consider the addictive way of their lifestyle as something comfortable – they are alcohol, drug addicts and gamblers.

The Internet addiction is successfully treated in foreign states. In China, for example, parents send their “online children” to special centers, when they stop going to schools and spend hours and hours looking at their screens and typing. Children also suffer from depression and unwillingness to talk to their coevals.

The so-called 12-step program is the most common technique to treat Internet addiction. Specialists take away the virtual drug from their patients and gradually try to bring something new and real in children's lives. Doctors try to make patients retrieve the lost contacts, making them go out, visit their friends, go to the movies, etc. A child is allowed to spend about four or six hours on the Internet, but teenagers are supposed to regulate their time online themselves.

World
Ukraine's Zaporizhzhia and Kherson regions to hold 'join Russia' votes first
17:26
Russia confirms explosions near military airfield in Crimea
16:54
Russian Foreign Ministry lashes Estonia for its call to ban Russians from Europe
16:05
Explosions in Crimea in the area of military airfield
14:35
Instead of new arms, Washington presents Zelensky with 'black spot'
12:48
Le Figaro: Putin has a time bomb that will trigger major recession in euro zone
12:25
Not too much time is left for Ukrainian economy to collapse
21:31
Ukrainian army about to break down completely
21:08
USA will dump Ukraine for Taiwan
20:14
Putin signs decree enabling Russian banks not to work with foreign currency
18:05
Russia sets up army base in Serbia
РусскийDeutschFrançaisPortuguese