Russian women seem to love slimming down as mush as Russian men love hitting the bottle. Ladies use a wide range of diets and they sweat it out in a gym. At times they use pretty murky stuff for losing weight. 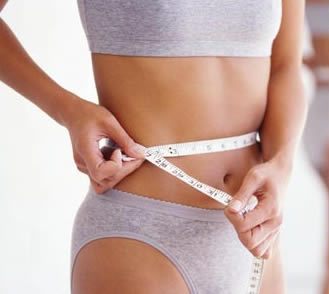 Russian State Committee for Sanitation and Epidemic Supervision reportedly certified the Chinese capsules Jui Shu as safe for consumer use. Then the media reported terrible news. Russian Federal Service for Control over Narcotic Drugs detected psychotropic matter in the herbal slimming remedy. What does it mean? It means that thousands if not millions of Russian women were being methodically “hooked on” the Chinese herbs. In actuality, merchandisers were making those women become addicted to drugs.

The so-called wonder tablets appeared on the market a few years ago. The tablets were said to “burn the fat.” They became very popular with the Russian female consumers who did not think much about the consequences or the way those tablets work. Sometimes the usage instructions are more than enough for such consumers. For example, one of the instructions for the Jui Shu-The Golden Formula of Slenderness capsules says that the tablets suppress appetite by directly targeting the centers of satiety. The powder of spirulina swells in the stomach creating a sensation of repletion.

TV and print commercials pointed out that the capsules contained 100 percent herbal ingredients. “Unlike other food additives the capsules do not contain psychotropic or other synthetic substances that may cause damage to mental health, lever, and kidneys,” said of one the ads.

By using the magic capsules “you will be slimming down in the most natural and effective way that is perfectly adjustable to your system.” An ordinary consumer had no chance of knowing the basics everyone should know about the product. First, there is not a single ingredient in Jui Shu capable of burning fat. Second, it is simply impossible to lose weight by eating spirulina, Japanese tangerine, and the radish seeds.

“Many varieties of slimming capsules including the Thai tablets contain strong psychotropic substances i.e. phenfluoramine and phenthermine (white synthetic powder, a substitute for cocaine). The drug addicts dubbed it as “phen.” Other dangerous substances found in the capsules include amphepramone, amphetamine as well as mesindole and metaqualon. All the above compounds are banned from importing not only to Russia but to other countries too,” said a source at the press service of the Russian Federal Service for Control over Narcotic Drugs.

The effect of most slimming tablets stems from the suppression of appetite. Doctors had plans on using that effect of the psychotropic drugs for treating obesity. But they had to scrap those plans after finding out that every third patient had problems with his heart valve due to psychotropic therapy. Meanwhile, a monthly treatment can cost you as much as five thousand rubles.

Those slimming tablets were sold in a semi-underground way in Russia due to the above circumstances. You could not find them at a pharmacy. They could be ordered via the telephone numbers posted by TV, the Internet or newspapers. The story of Jui Shu was different. The capsules have been sold and still are sold quite legally at the pharmacies and stores. Dozens of people in the Russian provinces (in the city of Tambov, in the Perm region) and in Moscow reported a number of health problems following the use of the notorious slimming stuff. The consumers complained of indigestion, insomnia, and headache. The studies show that the Jui Shu contains masandyl, a psychotropic substance. Another psychotropic substance – metaqualon- was found in one specimen. Both the substances belong to amphetamines and lead to addiction.

Then the personnel at the narcotic agency were apparently astounded when they learned that the harmful psychotropic substance had been in fact officially registered in Russia as a biological active food additive back in 2001. It means the additive was issued an official certificate by sanitation and epidemic control authority.

How did it happen? As it turned out, sanitation authorities never checked the additive for the content of psychotropic and narcotic substances. The State Committee for Supervision of Consumer Practices (formerly known as the State Committee for Sanitation and Epidemic Supervision) says the checking is not part of its duties. Yet the law defines biological active food additives as food products and therefore products must be safe to use. In accordance with “The Provision on Order of Examination and Hygienic Certification Procedures for Biological Active Food Additives” approved by the Health Ministry in 1997, food additives must not contain narcotic and psychotropic substances.

“These days you can register a food additive for peanuts, it will cost you from fve thousand to ten thousand rubles,” said an operative with the Federal Service for Control over Narcotic Drugs. According to him, nobody cares to run any tests for the content of psychotropic substances. Doctors put the blame on a costly procedure of the tests. Meanwhile, the above agency can conduct tests for as many as 500 psychotropic and narcotic substances free of charge for three to four hours.

The authorities started legal proceedings following the illegal issue of documents confirming the safety of the merchandise and the sale of strong substances. Perpetrators may spend two years in jail. The prosecutors still have to find out who was behind the scheme. The Chinese law is quite severe as to the use and sale of illicit drugs. The crime can entail the capital punishment.

The Federal Service for Control over Narcotic Drugs already forwarded orders to hundreds of state agencies with a view to stop the sale of narcotic additive all over Russia. Still, it is available in Moscow, not to say about the provinces.

The Federal Service for Control over Narcotic Drugs advised that the drug enforcement agencies were examining all food slimming additives following the discovery of drugs in the officially registered food additive. The preliminary results will be made public by the end of the year. The scale of the “fat-burning addiction” in Russia will be a lot clearer at the time. However, tentative calculations indicate that millions of Russian citizens (mostly women) may have been “hooked on” the substitutes of cocaine.