Smoking vs. mankind: the battle rages on

A healthy way of life has never been a cheap affair

It seems that World War Three has already broken out. This is not the war between the red and the white or the easterners and the westerners. This is the war between the smokers and non-smokers. The opposing sides conduct the hostilities in line with the art of war including operations on all fronts, maneuvers using an all-out effort and so on. Let us do a rundown on today's frontline situation in the different counties of the world. 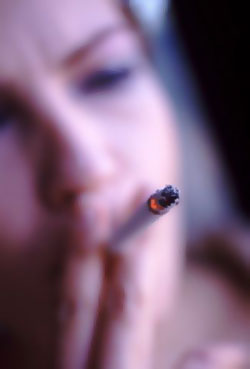 Smoking is banned in the workplaces, government offices and medical institutions. The ban also applies to all airports, most restaurants and shopping malls. Recently the authorities have turned the popular Australian beaches into a smoking-free zone. Smoking was banned on Manly Beach in May this year. Bondi Beach should be next.

Bhutan, a small kingdom in the Himalayas, has been in the headlines lately. The government of that country announced its plans to impose a complete ban on smoking. Violators will not be flogged or have their nostrils ripped off. Instead, they will have to pay a fine that is bigger that an average Bhutanese's annual income. The ban is due on December 19th this year. The authorities apparently believe they can make their people give up smoking by enacting such laws. Similar laws with regard to alcoholic beverages did not work. It's worth taking a look at Prohibition in the U.S. and similar measures taken by the Soviet Union.

The British government drew up a bill to ban smoking in the majority of public places. The so-called White Book issued by the Health Ministry also contains other proposals on improving health of the nation. The authorities are planning to impose ban on smoking in most public places including offices, industrial facilities, restaurants, cafes and bars. The ban will not apply to private clubs whose owners have a pro-smoking attitude. Pubs that do not serve hot meals will not be affected by the ban either.

The authorities are planning to impose restrictions on smoking within the next three years. In the meantime, British Medical Association demands that the authorities impose an immediate and complete ban on smoking. Doctors point out that 42 percent of British people under 65 are active smokers. The British were putting shocking images on the cigarette packets and special posters as part of the State Program Against Smoking. The effectiveness of the program increased 4 times thanks to the scary posters. Thirty two percent of the smokers quit smoking after paying close attention to the posters. Only 21 percent of the smokers kicked the habit at the doctors' recommendations.

The Irish government was the world's first government to ban smoking in all pubic places in 2004. Violation of the law entails a 3 thousand euros fine. There were many skeptical opinions as to the effectiveness of the ban. However, the pragmatic Irish patrons normally step out for a smoke after downing yet another pint of beer, according to a report by the BBC.

Canada has one of the lowest numbers of smokers in the world. Just a one-fifth of all Canadians above 15 smoked in 2002. The number has been in decline since then. The authorities believe the nationwide campaign against smoking has been a success. Smoking is banned in workplace and public places in Canada. Besides, cigarette products often bear shocking graphic images aimed at making people quit smoking for good.

China, one of the world's major smokers, banned the manufacture and sale of cigarettes containing more that 15 mg of tar. In fact, the decision applies only to cigarettes manufactured after July 1st, 2004. About 300 million people smoke in China these days. In 1983, the average tar content in the Chinese cigarettes was 27 mg, the number was reduced to 14.4 mg by 2003. The World Health Organization demanded that China cut down the tar content to 12 mg. According to Xinhua news agency, about a million people die in China each year from diseases associated with smoking.

Nikolai Gerasimenko, deputy chairman of the Committee on Health Protection of State Duma, stressed the alarming rate of tobacco consumption growth in Russia. Russia has reached the highest rate in the world. The government, medical community, and the media should join forces to resolve the problem. Adopting the amendments to the law “On the restrictions regarding tobacco smoking” was part of the government's effort to tackle smoking in Russia.

According to the amendments, the sale of tobacco products is banned in hospitals, sports and cultural institutions. The ban also applies to educational institutions and premises located within 100 meters to the above. Smoking is banned in workplaces, in the city and suburban transport systems. The law also bans smoking on passenger aircraft if a flight lasts less than 3 hours.

More steps should be taken when Russia finally signs the WHO Framework Convention on Fight Against the Tobacco Smoking. Those steps include a complete ban on tobacco products advertising. The tar and nicotine content (presently exceeding the norms by several times) should meet the requirements stipulated by the EU regulations. Shocking repulsive images (modeled on the EU anti-smoking propaganda) should be printed on the cigarette packets.

The ban on smoking in many cities and states is either effective or will be effective in the near future. The Californian lawmakers took the toughest stance on smoking. Smoking was banned inside any public buildings in 1993. Smoking at a distance closer than 1.5 m to public buildings was deemed to be a criminal act. The no-smoking distance was recently enlarged to 6 m.

The ban on smoking in bars, clubs and restaurants was imposed in New York City in March 2003. Analysts indicate the ban brought out good results.

The French government tried to cut down on the number of smokers by raising the price of cigarettes by 20 percent in October 2003. The measures failed to produce any tangible results aside from a sharp increase in the “shopping tours” bound for the neighboring countries. Analysts say the hike in price is insufficient to combat smoking. A multimillion budget deficit of the French Health Ministry should be replenished to ensure the success of a national campaign against smoking.

Swedish Parliament passed a bill on the ban of smoking in bars and restaurants. The ban is to come into force on June 1st, 2005. The Swedish Association of Cafes and Bars already raised an objection to the law. “We rejects any attempts to impose ban or taxes on things that make our life better and happier,” said Carl Axel Juhanson, a member of Parliament, who voted against the bill.

What is the score?

Prohibitive regulations per se always failed to do the trick. They seemed to produce an opposing effect. Something that is prohibited or unattainable and therefore extremely desirable.

At a press conference in the State Duma last November, the journalists put a question to the doctors and politicians. The question was about a replacement to smoking the Russians are going to get when they get out of the habit. There should be an adequate replacement to a thing that is being taken way. The most typical reply of the specialists looked like a shrug of the shoulders. There is no such thing as a replacement to tobacco smoking so far. Two thirds of the Russians live in a state of chronic depression. The only medicine they use to get some peace of mind is a combination of tobacco and hard liquor.

People should change their life styles and get good jobs so that smoking can be tackled in an effective way. A healthy way of life has never been a cheap affair. It is no use promoting its benefits among the poor who do not know what is store for them. Smoking is a social disease requiring a combined effort of the whole society.